Apocalypse 4U: Better than Ezra 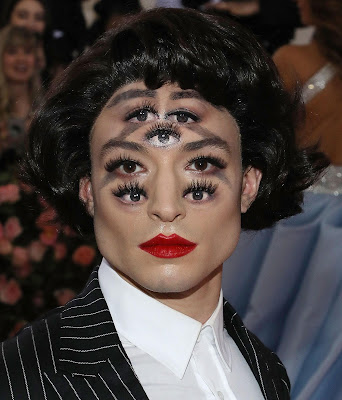 Tell us you're criminally insane
without telling us you're criminally insane
Unhinged psychotic/inexplicable movie star Ezra Miller had an interesting week, in that people seemed to finally notice what a clear and present danger he is to society. Will anything be done about it before someone really gets hurt?
Considering what a madhouse our society has become, I wouldn't count on it. Sadly. Which is why you must be sure to read my epic Bruce Willis post here.
You want to, you need to, you have to. It will bring you a ray of sunshine in these dark days.
Moving on... 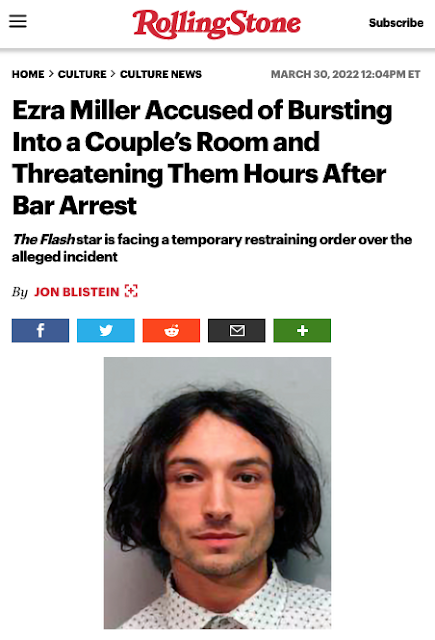 Yeah, anyone else but a movie star - even an inexplicable movie star - pulled this shit and they'd be behind bars. I gotta say I don't get this kid: he looks less like a movie star than your basic-model Pennsyltucky trailer trash, or maybe your average South Jersey strip-mall meth dealer.  Is this clownsock someone's boytoy? Maybe someone with a lot of pull in Pedowood?
If so, they have crappy taste in twinks. Fucker is fugly.
Hey, I'm no beauty either, but I don't waltz around pretending to be a movie star now, do I? 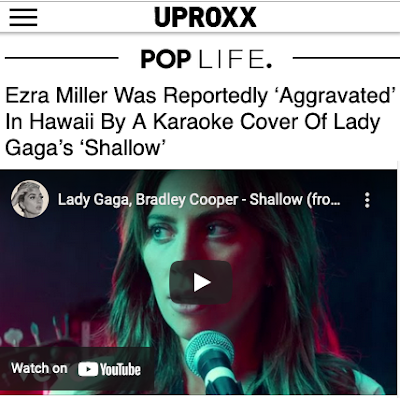 Listen, I realize some karaoke performers can get pretty bad, but that's when you take the opportunity to step out for some fresh air. Or step out to smoke some crack. Or step out to set some hobos on fire, considering who we're talking about here.
I think I can speak for Bruce Willis when I say we're both mortified that this mutant is from the great Garden State. 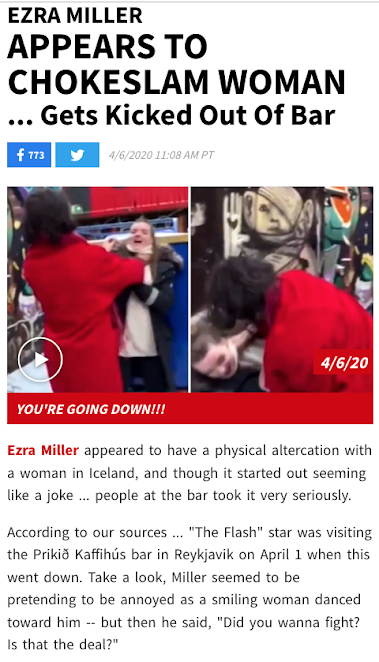 Seriously, this fool is gonna kill someone unless the fuzz tosses his fugly ass in a rubber room, post-haste:

Ezra Miller appeared to have a physical altercation with a woman in Iceland, and though it started out seeming like a joke ... people at the bar took it very seriously.

According to our sources ... "The Flash" star was visiting the Prikið Kaffihús bar in Reykjavik on April 1 when this went down. Take a look, Miller seemed to be pretending to be annoyed as a smiling woman danced toward him -- but then he said, "Did you wanna fight? Is that the deal?"

And then there was this bullshit, where Fuglyass Frankenberry threatened some KKK cell in North Carolina. Only problem is that said KKK cell doesn't actually exist:

Ezra Miller has publicly called out the Ku Klux Klan in an Instagram video, suggesting that they should kill themselves.

*They* uploaded a 49-second video to their Instagram account, but assured *their* audience that they were deadly serious in their written caption.

Late on Thursday, Miller uploaded a video to their Instagram account that started in a light-hearted manner, before taking a serious turn.

Speaking from the back of a moving car *they* addressed the camera: "This is a message for the Beulaville chapter of the North Carolina Ku Klux Klan."

*They* continued: "Look, if y'all want to die I suggest just killing yourselves with your own guns. Okay?

Weirdly, Fugly Finkstink seems to be acting out the arc of his character in this film directed by Lynne Ramsay. A case of life imitating art or just a sick freak who needs to be tossed in a cell for which the key should be promptly and permanently misplaced? You tell me.
Oddly enough, Ramsay made her bones directing Morvern Callar with our old pal Samantha Morton, who ended up playing Fugly's adoptive mother in Fantastic Beasts and Where to Find Them. Small world, indeed.
And still more of Sammy's mother fixation, which seems to be a major thruline in her career, bless her soul. Finest actress of her generation, you ask me. 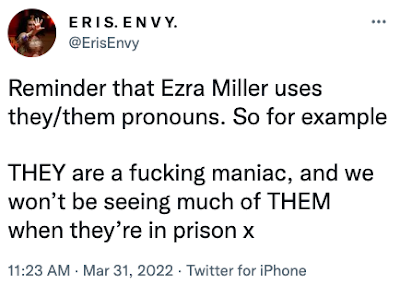 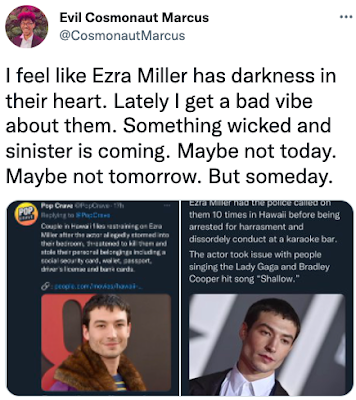 Good to see that even Twitter isn't falling for this loon's bullshit, maybe on account of homeboy grew up fugly. Seriously, help me out here: what am I missing? Do people find this thing attractive? He looks like a Romulan to me. 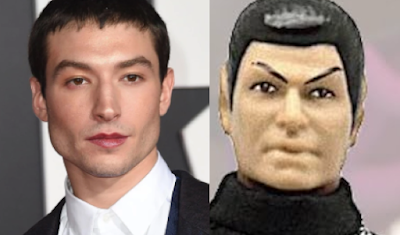 Or more accurately, a crappy Mego Romulan action figure from the 70s.
All that said, even aspiring spree killers can get sucked into Our Lady's powerful orbit like when-mama-was-moths to a flame. Witness how Murdery McHideous broke through with his performance in The Perks of Being a Wallflower, whose plot hinges on the Sibyl's sublime hymn, "Pearly Dewdrops' Drop."
As far as I know, Fugly didn't spread his stink all over it so we have that much to be grateful for. One day, choirs will open sporting events and religious services with this masterpiece, so it's good that its integrity hasn't been besmirched by Stabby O'Romulan there.
We may also be grateful to the Siren, who might yet summon this dangerous douche to her deep, dark domain.
The signs and wonders are clear as day: aside from Allison Crowe's supremely irritating butchery of "Hallelujah," Zack Snyder's Justice League also featured this blasphemous, sub-Billie Eilish† desecration of the Sibyl's indelible rendering of "Song to the Siren," which played while Fugly Fartstain was doing some bullshit-who-gives-a-fuck-I'm-so-sick-of-these-stupid-superhero-movies-already.
And Jesus, he calls that acting? This world has gone as insane as he is.
So in aggregate, I'd say the augurs are indeed promising for this maniac to swim to the Siren before he kills someone (or more likely, someones). Pray to the Higher Powers who speak through Our Lady that such a blessing comes to pass, the sooner the better. There is too much pain and trauma in this world already.
I've started a pool on the precise date Romulan McCrazybrains will be found with a pack of dead Cub Scouts in the trunk of his Prius. Lay your money down in the Den of Intrigue.
† Divers: Billie. Eilish.
at April 02, 2022