Set the Controls for the Heart of 1983 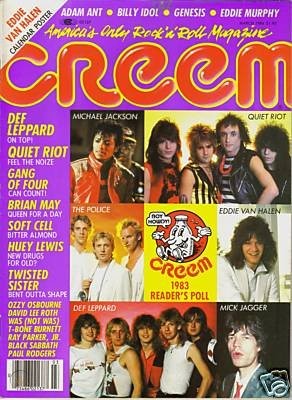 I was originally planning to do a single playlist for 1983. I ended up creating six. As it happens, 1983 was even more pivotal a year than I'd expected. There was so much going on in so many different genres that I realized how much 1983 had spoiled me for every year that followed it.
I mean, this 1983 excursion is going to have nearly as many songs as the 90s megalist. That's how pivotal a year it was.
We're going to be listening to a very wide range of styles, from bubblegum pop to kill-your-mother metal, from the Top 40 to the truly underground. But since the evolution of New Wave rock from the occasional novelty hit to ruling the mainstream is the big story of 1983, we'll start there.
SO GET THEE HENCE TO THE SECRET HISTORY FOR A DOSE OF 1983
Meanwhile, don't forget to read '1983: The Year That Broke Reality' right here on The Secret Sun.
UPDATE: The final countdown has begun. Make peace with your gods.

Come enroll at the Secret Sun Institute of Advanced Synchromysticism. We'll be doing some primo '83-diving there in the coming weeks.