Get a Piece of the Rock 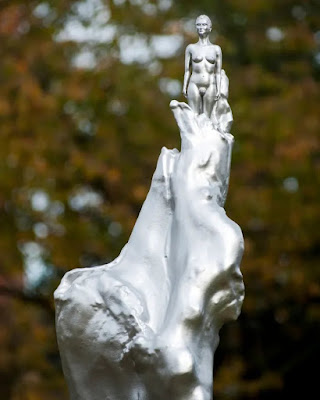 When doing Synchromystic work, you sometimes stumble onto a highly-charged symbolic ritual no one was even looking for, including yourself. And now we're seeing further highly-publicized emanations of this new and very weird icon I've been tracking. What it ultimately means to the ritualists is still an open question.

Well, besides the obvious.

First, let's review two Knowles Laws, because you better believe you're going to be seeing them in action more and more in the days ahead:

Knowles' First Law is, "Whenever a controversy over symbolism erupts in the media, it's usually disguising a completely different symbolic message altogether."

Knowles' Second Law is, "The old blood sacrifice state cults will be re-established under the cover of Woke."

Knowles' Second Law, Paragraph A is, "The old statues currently being torn down will eventually be replaced by the icons and idols of the new/old state cult." 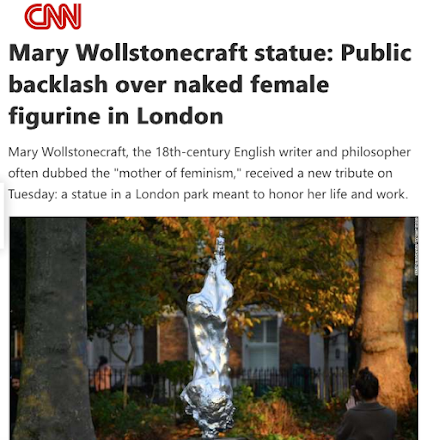 And here's a hat trick: a fake controversy over an idol of a Woke heroine, but actually isn't at all. The idol here is supposed to be of Mary Wollstonecraft, mother of Mary Wollstonecraft Shelley and promo-feminist.
Because we all know feminism is really all about women standing around with their dirty pillows flapping away in the breeze. Plus, bush. Just ask FEMEN. 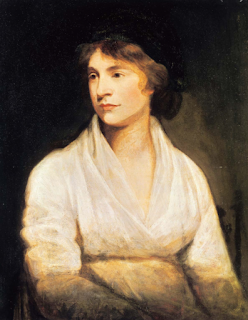 For reference, here's Mary Wollstonecraft, bearing absolutely zero resemblance to the statue allegedly commemorating her. Not that you could even tell: I've seen high school students with better sculpting skills that what's on offer there. Seriously.
So, if this isn't Mary Wollstonecraft we're looking at, who might it be that's being idolized in the heart of London? Hmm, let's see... 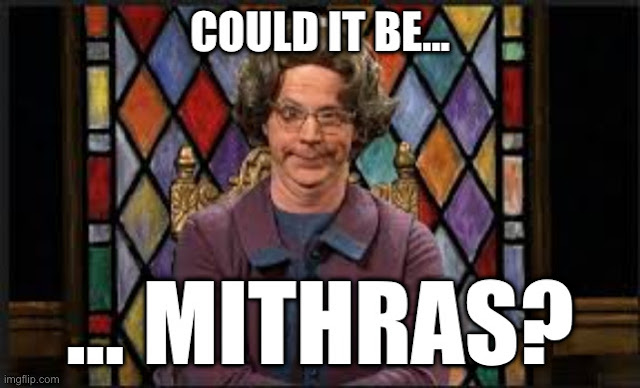 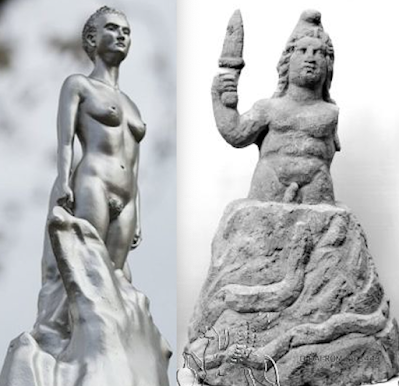 Or more specifically, TransMithras, born from the "rock." That's a big, big clue there about what's really going on, but we'll save that for another time. But yeah, we're looking a yet another variation on the same theme. Funny thing too, in this particular case. 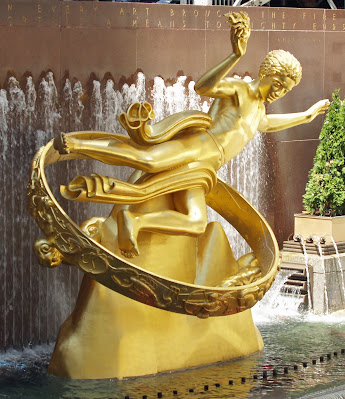 So, we have Mithras giving birth to himself from the Rock, at ROCKefeller Plaza, carrying the sacred fire. We've long established this is just a modern rendering of a very common icon of Mithras in the ancient world.
But seeing this is actually Perseus, what does this idol actually represent? 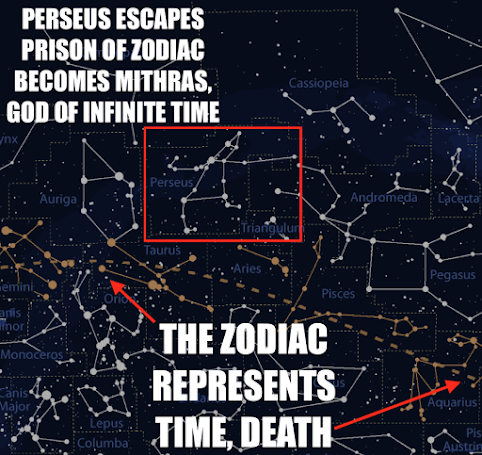 OK, OK, Secret Sun guy; stop showing off. We all know you're the greatest occult code-breaker there is, maybe ever was.
That, your mandatory COVID compliance card, and six bucks might get you a cup of coffee. So what's the connection with Mithras to this ridiculously inept trash in London?
Well, the answer's right there, isn't it?
Perseus, who was disguised as Mithras for the Romans, and disguised as who for the Neo-Romans, again?
Prometheus, you say? Ahh, yes... So there's your connection to Mary Wollstonecraft. Get it?
Never let it said the Cryptocracy doesn't have a devilish sense of irony. 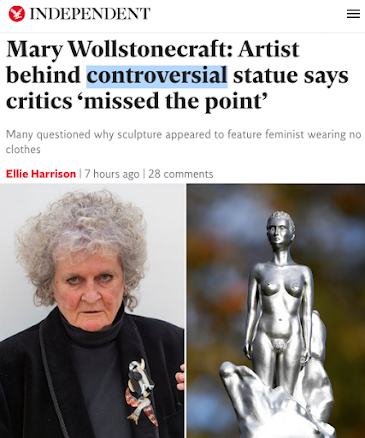 Is the so-called artist in on the joke? I don't know. Maybe. All I know for sure is that (insert pronoun here) looks like Viv Savage gone to seed. I hope (insert pronoun here) is having a good time all of the time, let's just say.
LOL-- that trash looks like a dollar-store Barbie knockoff someone spray painted silver. There are tons of brilliant woman sculptors out there (the great Audrey Flack, to name just one), that's seriously the best they could do? 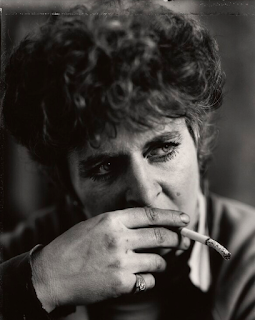 Maybe it's because this particular sculptor (Margaret "Pearly" Hambling) has a lifetime pass on the express train. I can't say. All I can say is that Pearly DewNoTalent there looks less like Viv Savage and more like Oliver Reed cosplaying Bob Dylan.
Those times sure a-changing'. Well, changing back, I mean. 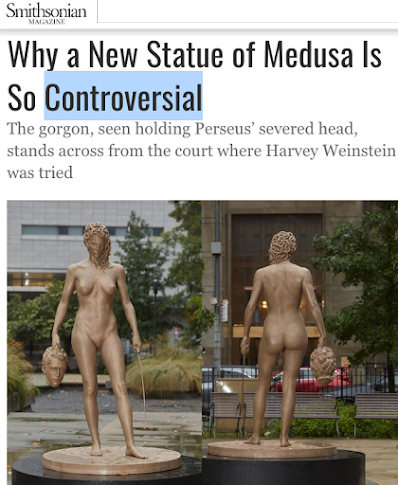 So yeah, just another variation on the same Mithras/Perseus inversion motif. Another variation, and another fake controversy. Plus, more naked ladies for all and sundry. Or maybe not so much on that last one.
Maybe it's more the idea of the "Sacred Feminine," an idea that goes back a very long way (at least to Sumer) but doesn't quite mean what a lot of New Agers and Feminists think it means. 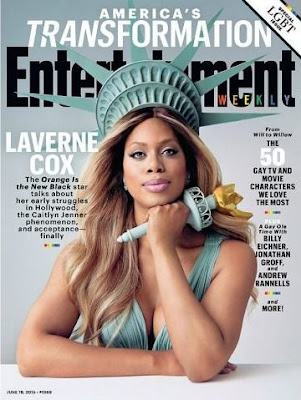 It means something more like this. Be duly advised, folks with uteruses.