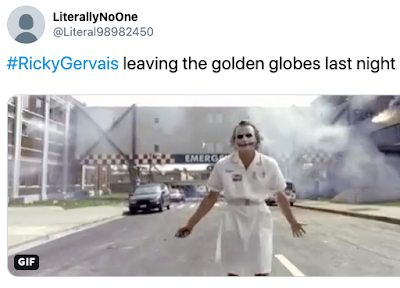 If you've living in the woods -- or just wisely avoid social media -- you probably didn't hear about Ricky Gervais's scorching monologue at the Golden Globes on Sunday night.


Gervais absolutely dunked on the phenomenon of hyperprivilged Hollywood millionaires-- whose combined wealth, luxury and sheer ease has no precedent in all of human history -- passing moral judgement on tens of millions of Americans struggling to scrape by. 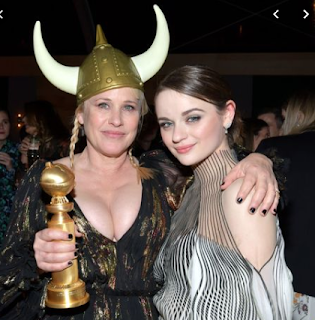 Bow to your betters, serf.

It was made doubly delicious later when aging 90s sexpot Patricia Arquette got up and began rambling incoherently, her matronly golden globes hanging out of a designer dress that probably cost more than most people watching at home make in a month. 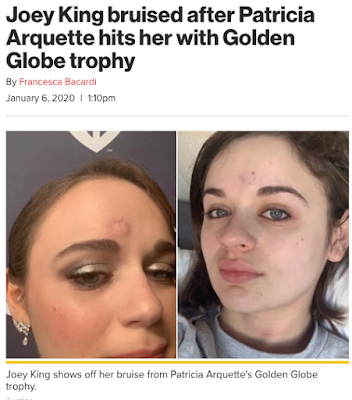 That in turn was made triply delicious when Arquette -- not generally regarded as one of show business's leading intellects -- smashed her young costar in the face with her award, leaving a huge welt. 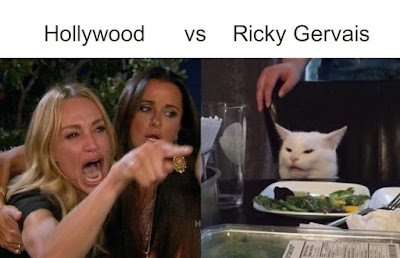 It was a beautiful thing. But in the cold light of day I can't help but think Gervais was simply a hired assassin, working on orders from much higher up.

We've talked about "Woke," or boutique fake leftism for high earners and their children, which is fast becoming the Heaven's Gate cult of the 21st century.

Woke is memetic cancer, in that it inevitably destroys everything that catches the virus from within. The problem is that it's very hard to resist, and almost impossible to expel once it's metastasized. It also inevitably creates such ill will and resentment that it poisons the waters from which it drinks.

At the moment, I can't think of anything that has survived the Woke infection, though admittedly the fever is still raging.

Woke has all but destroyed humanities programs, has utterly devastated the liberal arts colleges from which it sprang, is positively incinerating the mainstream media, and even kneecapped Gillette, a consumer products concern that threw a staggering EIGHT billion dollars down the Woke toilet, and was even forced to sell off their longtime Boston campus, a traditional landmark for people in the area.

The Heaven's Gate allegory is quite ingenious, if I don't say so myself, in that it was the name of a suicide cult and one of the worst box office disasters in cinema history, pulling in a paltry $3.5M against a $44M production budget.

Which brings me back to Ricky Gervais. 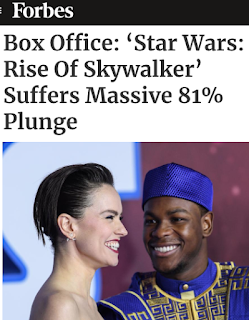 For reasons that are not entirely clear to anyone on the planet, Hollywood went all-in on Wokeness a few years back and decided to offer up nearly all of its golden gooses on the altar of the nonbinary deity of Wokeianity. 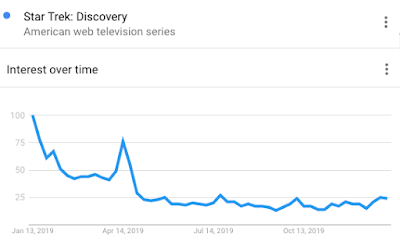 I'm not sure what the thought process was. My current hypothesis is that the not-nearly-as-bright-as-you-think movers and shakers of Tinseltown never got the memo that Internet metrics are faker than fuck, particularly on Twitter.

And so they were fooled by the scammers and sockpuppets and deliriously overestimated the audience for wokescoldery.

The results have been uniformly awful. Especially so in the merchandising sectors, which Hollywood has become increasingly dependent on in the past decades. Just look at Toys R Us.

Wait: you can't. They went out of business. 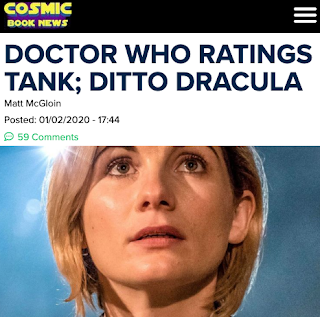 The alchemical sorcery of Hollywood accounting is hiding the damage -- and massive subsidies from the MIC are helping staunch the bleeding -- but Wokeness is absolutely slaughtering franchise after franchise, The Terminator and Charlie's Angels being just the most recent casualties.

This is especially foolhardy, given the collapse in birthrates worlwide, translating to a smaller and smaller customer pool in the coming years for youth-oriented properties. 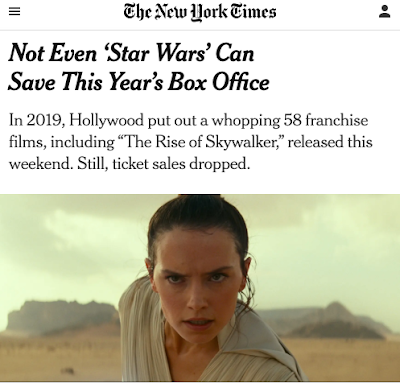 The problem is how do you stop the rot? Thanks to the Millennial lib-arts majors having deluged the media industries, Woke is more entrenched than ever before.

And while social media wokelords and woke-ladies might be a tiny demographic, clickbait hungry media outlets are all too happy to exploit their cancel crusades, which in turn affects inattentive normies. Especially the hyper-status-conscious upper middle class mothers who generally control the family entertainment budgets and live in mortal terror of violating the ever-shifting dictates of Woke.

So if you're a studio head or hedge fund manager watching your sexiest assets bleeding out, what do you do?

Well, you have to get an anti-Woke campaign up and running, post-haste.

But you need spokespeople with generally solid liberal credentials. Bill Maher has dipped his toes in the water, but his appeal and audience are limited. JK Rowling has played footsy with anti-Wokeness but that's probably her own prerogative, given the batshit insanity gripping the UK these days.

Ricky Gervais seems like a good pick. He's English, so he won't come across as a Trumper even if he was an outright Tory, which I don't believe he is. He's the brains behind The Office, one of the biggest moneymakers in Television history.

Best of all, he's an outspoken atheist so he won't come across as the reincarnation of Fred Phelps.

Now, the odds that Gervais slipped his monologue past all the gatekeepers involved in a major awards show are slim to none. There are kinds of camera and lighting cues to be choreographed with these things, so it's certain that every punchline went through a committee.

Gervais also took on the big Cylons, who are surely making Hollywood execs very nervous with their streaming services. And he made some vaguely but worthily Marxist noises, which went the Kessel Run in painting the entire room of millionaires like a bunch of out-of-touch Marie Antoinettes.

He surely won't be the standard-bearer with the anti-Woke counterinsurgency, but he's a reasonably good choice to kick it off.

What else might be at work is similar to what we saw with #metoo clearing out a lot of overpaid deadwood.

Movie stars don't really mean anything anymore. A star can't "open" a mediocre movie anymore, never mind a shitty one. Your local Redbox is filled with movies you never heard filled with big stars you're sick to death of.

The inflated salaries one-time "A-listers" still demand are a relic, a vestige of a Hollywood that's long since dead.

Having a very smart comic like Gervais make all these overpaid celebrities look very, very stupid is an excellent way to kick off the next round of budget melting. There's been some entirely-impotent sniffing from shills on Twitter, but as far as I can see it's only making matters worse for the celebrities whose pads these people are all on.

Hollywood will always and forever be very liberal-- well, socially liberal -- but it can no longer afford the hefty price tag of radical chic. I don't know if it can truly recover from Stage 4 Wokeinoma-- and I doubt the post-'77 go-go years will ever return -- but it's got to do something.

And I can't help but wonder if "something" is exactly what we saw on Sunday night. 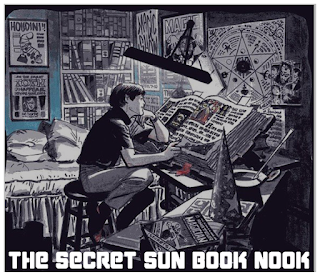 By the way, check out the Secret Sun Book Nook (aka the Garden of Grimoires) for some sweet Sunjacent book bargains.

I'll be putting some exclusive offerings up, so be sure to bookmark that fucker.

Spread some wisdom at the Comments...