He's LIVE Up in the Sky. 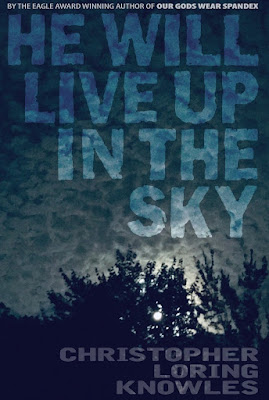 Well, better late than never, right? After five long, painful years, my debut novel, He Will Live Up in the Sky, is available as an eBook. It should be available in print form with the next day or so.

I can say without any possible bias that He Will Live Up in the Sky may be the greatest work of fiction ever written in the English language, up there with the best works by literary lions such as James Joyce, Raymond Chandler, Thomas Pynchon and Jacqueline Susann.

And I can say with total objectivity that it may be the greatest work of fiction ever written in any language. But since I'm just a thick-skulled American who doesn't understand any other languages besides English, we'll just have to assume that is so. I mean, who are we really talking about, anyway? Borges or Tolstoy or Knut Hamsun or whatever?

My vote still goes to He Will Live Up in the Sky, thank you.

Of course, my original plan was to have it for sale in March, but seeing as how I've spent the lion's share of the past two years discovering first-hand just how sick and corrupt the System really is,* such plans went awry.

Actually, my original, original plan was to have He Will Live Up in the Sky out in what, late 2015 or so?

Of course, I didn't realize at the time just how much ass-kicking from Life I was scheduled for at the time. You know, excruciating chronic pain, a string of heartbreaking premature deaths, multi-drug withdrawal, and so on and so forth. Lots of fun.

Well, like the saying goes: I suffered for my art and now it's your turn.

Besides being the greatest novel ever written by anyone, anywhere at any time, He Will Live Up in the Sky was also a ferocious Philip K Dick-worthy sync-generator of the first order. Only just imagine if Dick took five years to write a 117K word book, and not five days.

Of course, I wrote about this synctastic phenomenon quite some time ago (spoiler-rich link here) but had no single clue in late 2014 just how much the death of a grunge singer would pick me up like a GI Joe doll and shake my life like a gosh-darn maraca.

Neither did I realize how creepy a sync would manifest with the whole Orion Krause thing, given how I was writing a similar situation the next fucking town over from where the Krause killings went down two years prior to those tragedies. 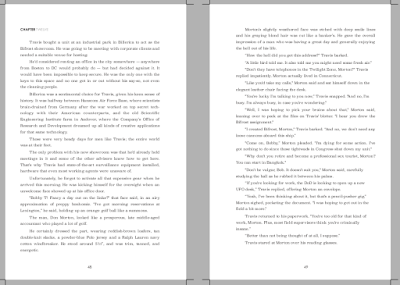 I didn't realize how relevant government UFO programs, high-placed sicko cults and spook-run honey-trap operations would eventually be either. There's lots more where those came from, but I'm saving them for a future post. 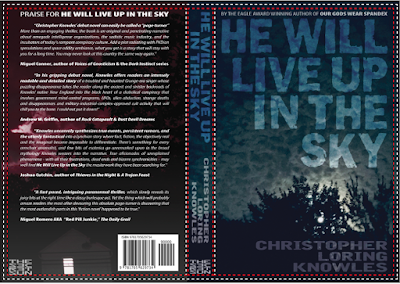 This is the layout for the cover. The phucking phenomenal photographs were taken by Mrs. Sun. The book design was down by yours truly. I think it all looks quite boss and rather wicked pissah, and I hope you concur.

You have your choice of venues to buy He Will Live Up in the Sky.

Check out this page for links to various sellers. Apple and a couple others aren't up at press-time but should be posted soon.

You can pick up a Kindle version here.

You can read earlier excerpt posts here or here.


And you can express your awe, praise, and admiration in the comments.


* Spoiler Alert: The System is more corrupt, incestuous and downright malicious in reality than even your wildest imaginings.