Who's Behind the Door?

Maybe we should find out before we open it. Just a thought.

WE'LL NOT KEEL OVER 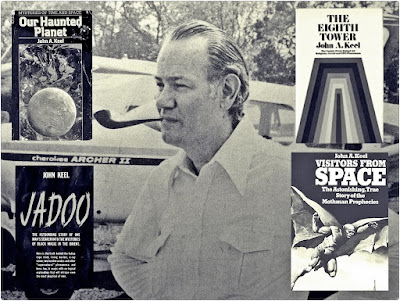 At this moment you are surrounded by all kinds of energy, much of it manmade, vibrating on every frequency from the ultrahigh frequencies of modern military radios to the very low frequencies of generators and telephone lines.

There are many other forms of energy mixed in as well. And there are, as we shall see, forms of energy on such high frequencies they can not be detected with even the most sophisticated scientific instruments.

If your eyes were tuned beyond the very narrow confines of the spectrum of visible light, you would find yourself looking into a thick fog of dazzling, unreal colors. Some psychics and UFO percipients have described these occult colors, and they have always been used to symbolize the supernatural entities.

If you could peer into this superspectrum, you would undoubtedly see some frightening things - strange shapes and eerie ghostlike forms moving through a sea of electrical energy like fish in some alien sea.

This superspectrum is the source of all paranormal manifestations from extrasensory perception (ESP) to flying saucers, little green men and tall, hairy monsters. It is hard to pin down scientifically because it is extradimensional, meaning that it exists outside our own space-time continuum yet influences every thing within our reality. 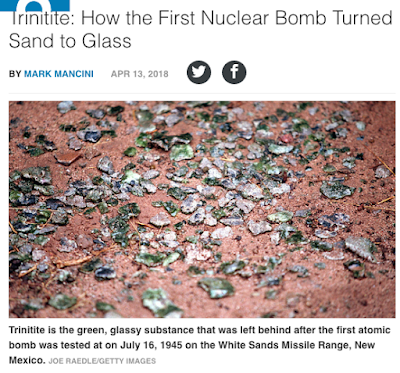 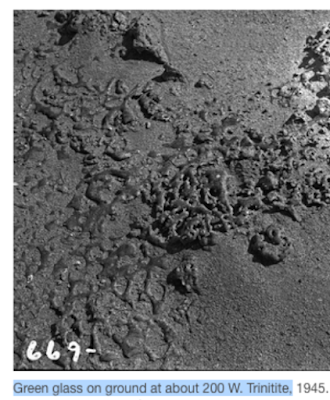 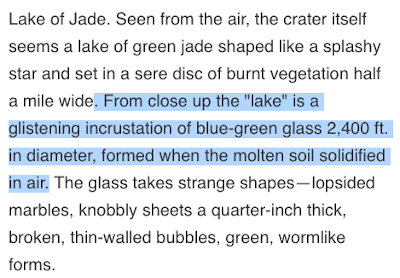 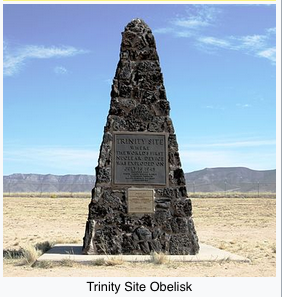 In a literal, alchemical sense, the Making Manifest of All That is Hidden is the accomplishment of the 3rd Law of the Alchemists and is, as yet, unfulfilled or at least not completed; the other two have been: the creation and destruction of primordial mater (the detonation of the first Atomic Bomb at the Trinity Site, at White Sands, New Mexico, on the 33rd degree of parallel), the Killing of the King (at the Trinity Site, at Dealey Plaza, Dallas, near the 33rd degree of latitude). - King Kill 33, James Shelby Downard 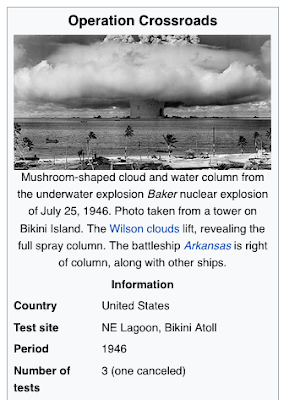 In recent years, nuclear physicists have discovered a strange world of subatomic particles, fragments of atoms smaller than the imagination can picture, fragments of materials which do not obey the laws of gravity. Antimatter composed of inside-out material; shadow-matter that can penetrate ten miles of lead shielding. 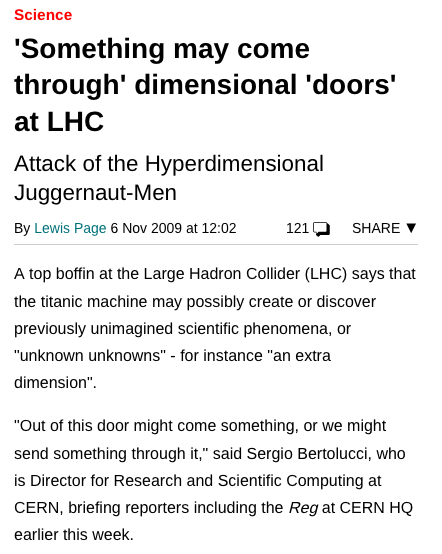