Before and After Science 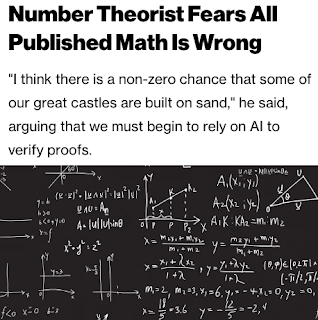 Once in a while a little headline will pop up and throw down a very, very big gauntlet. Very few people notice at first, but the tiny ripples slowly and relentlessly build over time to create tsunamis that wash away everything in their path.

It also means the systems of thought that have driven the world since the Enlightenment might need to be rebuilt from scratch.

More and more, I realize the world-- meaning the manufactured world of systems, laws and processes-- is nothing like we've been told it is. It's not even close. Never mind the worlds of media, institutions and politics. They're all imploding under the blight and bloat of corruption, calumny and moral corpulence. 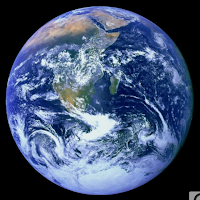 This is not a photograph.
No, seriously. It's not.

But what if most of our theoretical science-- especially our cosmology-- is simply based on elaborate math tricks by clever dicks?

We already know the overwhelming majority (70%) of experimental work being done these days can't be replicated, that fact has been proven by several mainstream sources. So what does that mean?

What about all this comic book sci-fi science that was dominating the headlines recently but seems now to have suddenly ebbed in the past couple of months? What changed? 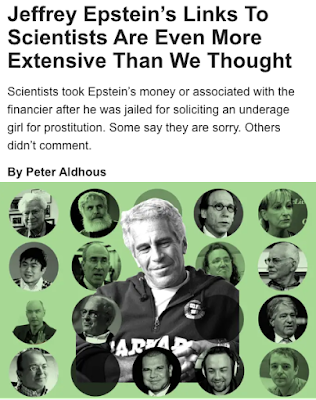 Take a good look at the Face of Science

Well, what changed is the man we know was bankrolling so much of our science-- and almost certainly controlling so very many of our top scientists through jailbait and graft-- got arrested and then got dead. So long, Altered Carbon.

Maybe we should just change mainstream science's name to "Epsteinism," after the puppet master who seemed to dominate its leaders and dictate its course over the past 30 years. He certainly seems to be the mastermind behind the efforts to make Scientism a religion. I doubt those efforts will outlive him much longer.

I strongly believe Transhumanism as we know it is utterly fucked now because of this, and the scammers behind it will eventually drift off to another grift. Epstein was too close to that stuff to ever wash his stink off. And there's nothing much to show for it, after all their huffing and puffing and wallet-stuffing. Tough luck, fellas.

Darwinism is also coming under increasing attack, but not by Fundamentalists or ID theorists. It's coming under attack by mathematicians, who argue that Darwin's ignorance of modern genetic science makes his theories statistically impossible. Not improbable, mind, but impossible.

Well, at least we know that physics is perfect, right? Well, that's all math in the end. So, what if their math is all wrong too?

So, where does that leave physics? Apparently string theory is being written off as pseudo-science. What about the rest of theoretical physics? You don't hear much "quantum woo" these days, do you? Who's checking their math?

What if astronomy and astrophysics is entirely wrong and built on fake math we all agreed to abide by? The fact is that none of these dazzling images we see are real photographs, they're all digital reconstructions and interpretations. What if all these infinite galaxies the Hubble is allegedly seeing are just random globs of space-shit on its lens? Boy, talk about a buzzkill.

What if that is the Apocalypse, in the end? That everything we thought we knew is torn away and all needs to be rethought from scratch?

We have engineering, which we know works through practice, and we have practical sciences that are proven through experiment. They're certainly not going anywhere. But what about the rest of it?

Well, maybe our real problems are epistemology and ontology themselves.

I mean, take the flat earth thing: is the world flat or is it a globe?

Well, what if it's neither?

What if the question is totally irrelevant and has no basis whatsoever on our everyday reality? What if our reality is neither what is modeled by reductionist materialism or some kind of Muskite simulation? What if it just is?

What if the earth is something we can't even model at all? That's the point when you really dive into the rabbit hole.

But there's also a point where you break free of the need to identify, label and categorize everything you encounter that the real world- not the world of data-- actually opens up like a flower.

When you cease the need to define-- meaning to mark the limits-- or to decide-- meaning to cut away-- then you begin to see the world as it is and not the limits we all impose on it through fake math and silly name-games.