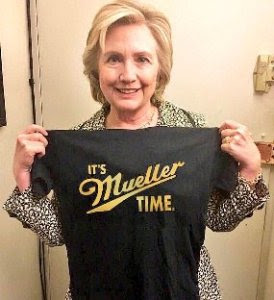 It's been a very, very strange month, particularly the past week or so. I don't know about you, but I'm sensing a powerful dislocation, some kind of massive disturbance in the Force. Concurrently with that is a sense that the Spy vs Spy War that's dominated our politics for the past three years has taken a decisive turn. 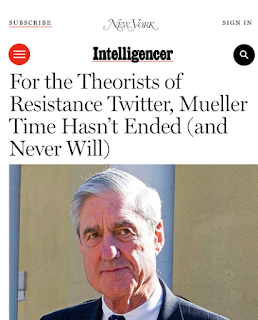 There have been two competing conspiracy theory narratives at work, narratives that are mirror images of each other and tailored and packaged for their respective audiences. For the most part (but not entirely), the audience for these narratives is largely older-skewing Baby Boomers living out their ideological-warrior fantasies one last time before the Reaper calls them away.

Being an embittered GenXer (is there any other kind?), I've paid only cursory attention to these narratives. The weeds just seemed too high and the ground too mushy and treacherous.

Which is a fancy way of seeing how these narratives are literally driving people insane on social media, I thought it best to sit it all out and watch from a distance. But I am now trying to evaluate them anew in light of recent events, which in many significant ways are unprecedented in our politics.

The "Russiagate" conspiracy narrative is the one sanctioned by the Establishment and the predominance of the ruling class, including a not-insubstantial number of Republicans.

The "Q Anon" conspiracy, in which a group of rogue military intelligence officers allegedly post cryptic messages on edge-lord sites like 8chan, is considerably less respectable. But given the massive weirdness of recent days one almost begins to wonder if the narrative is loosely based in some kind of reality, however tenuous. 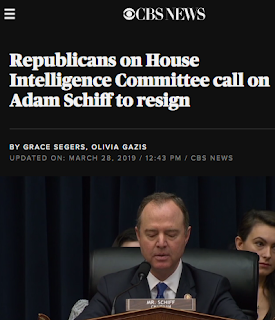 So Robert Mueller's investigation of the so-called "Russia collusion" issue was submitted last Friday and called for no new indictments. Atty Gen. William Barr is witholding the full report, which I strongly suspect is meant to work Trump's opponents up to a further lather over a cover-up, which will undoubtedly reach a fever pitch only to be doused again when the report is finally released. It's like Lucy and the football down there.

Seriously; I don't know how Trump makes so many smart people act so stupid, but did everyone somehow forget that this guy was mentored by Roy Cohn? Has Trump so successfully gaslighted his enemies that basic facts of history are simply shunted aside?

Since the Kavanagh hearings, the Democrats in Congress and the media have just lurched from this blunder to that fuck-up to those unforced errors. The "Blue Wave" swept the hapless GOP from power in the House and the entire Democratic Party immediately took the opportunity to lapse into bedlam.

2019 has been a trainwreck for them. And "Mueller Time" came and went, and left a lot of people who'd been getting very, very rich off Russiagate holding the bag.

Let's start with the date of the end of the Mueller investigation - March 22. Or in American notation, 322. Ring a bell? It should. 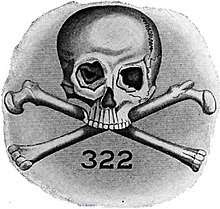 Does that mean anything? I have no clue. I just find it...interesting. 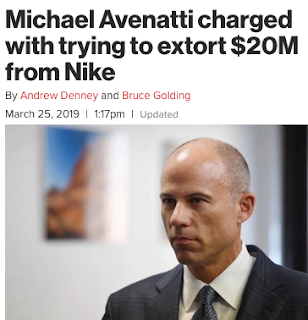 The Dems' other great Trump-Slayer, Michael Avanatti, was arrested in the wake of the Mueller Report, apparently on tape threatening Nike execs with blackmail. Now it's being reported he's asked for a public defender since he's so deep in the hole financially. I'd previously wondered if this guy was a Trump plant tasked with sabotaging his opposition, but now I don't know what to think. I'm fielding suggestions. 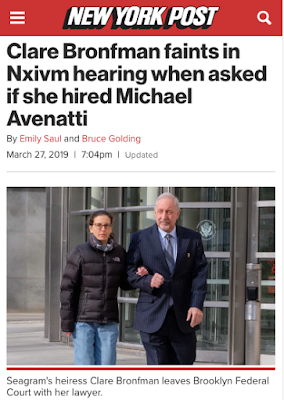 Especially when hearing that Avanatti is also mixed up in the NXIVM legal bloodbath. And if all that weren't crazy enough, try this on for size... 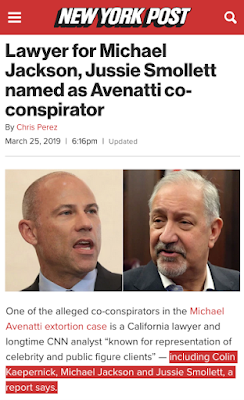 Claire Bronfman's other attorney, celebrity lawyer and CNN talking head Mark Garegos has been named as Avanatti's co-conspirator. Garegos is also Jussie Smollet's lawyer, which leads me to believe he truly has been cursed by the gods.

That blatant psyop has gone so completely pear-shaped that even longtime Clinton consigliere (and Obama Chief of Staff) Rahm Emanuel is on the warpath over it. 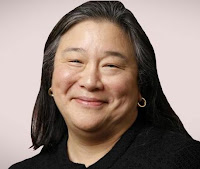 Now reports have it that former Obama White House honcho "Tina" Tchen intervened on Smollet's behalf, given that the actor is extremely close to the Obama family and their surrogates like Cory Booker and Kamala Harris. It won't matter: look for this situation to go kerblooey in a big way. 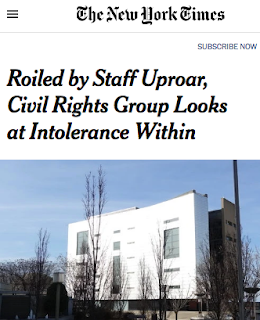 If all that weren't weird enough, Tchen has been tasked with putting out all the fires at the SPLC, after its top execs left in disgrace when reports emerged that the fabulously-flush far-left pressure group was a hotbed of hidden racism and sexual harrassment.

What the hell timeline are we living in? 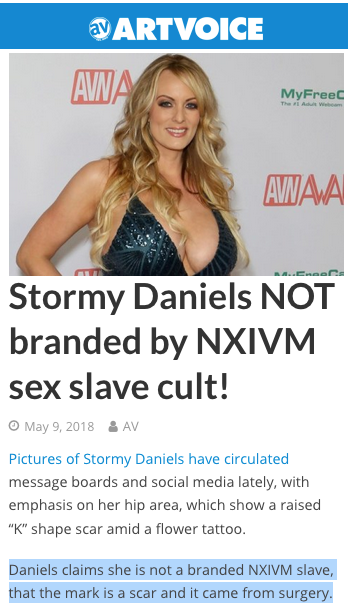 Anyhow, with Avanatti and Garegos square in NXIVM's camp, it reopens the whole issue of Stormy Daniels and the sex cult, and her scar and her tattoo and all the rest of it. With Daniels and Avanatti both kicked to the curb by their former allies, my money is on Daniels being a "former" NXIVM member. 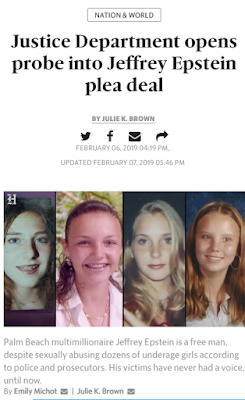 An investigation has been opened into the sweetheart deal that Jeffrey Epstein got, an investigation that could possibly lead to Trump throwing one of his Cabinet members to the wolves (which seems to be a zesty pastime for the man)  in order to bag bigger game.

Meaning former FBI Director James Comey and maybe even Mueller himself. It happens that a former lieutenant of theirs filed a brief on behalf of Epstein, one which may have led to his light sentence. No wonder Comey's been tweeting fatalistic messages from clifftops.

The mind reels with insane possibilities: could both Russiagate AND QAnon be equally-valid conspiracy narratives?

Did Mueller roll over for Trump because of the former FBI head's Epstein connections? Was Whitey Bulger's screamingly-obvious jailhouse execution a shot across the bow to the prosecutor, who was tangentially mixed up in the mobster's mess back in the day?

I can't say, I only know I don't believe anyone says about anything anymore. 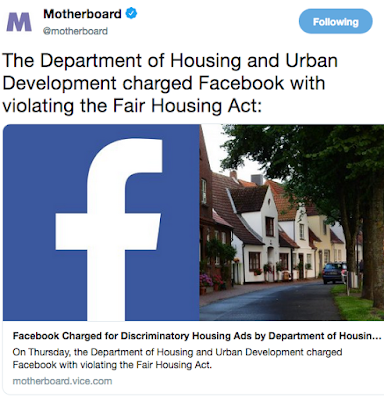 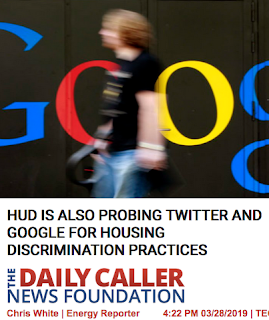 ... the other Big Two are also being investigated. I mean, odds are they'll skate like they always do on everything, but still. Weird. 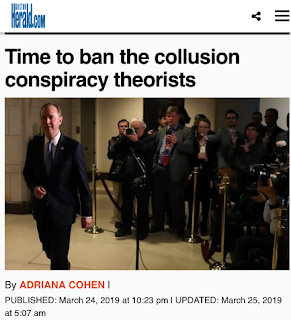 But with the collapse of the Mueller investigation, social media giants are now absolute sitting-ducks for major class-action lawsuits and/or civil rights actions from all the "conspiracy theorists" they've deplatformed and/or shadowbanned.

Twitter was already a Irwin Allen-sized litigation disaster waiting to happen, but after Tim Pool ground their top execs into a fine, granulated powder on Joe Rogan's podcast, don't think for a millisecond that legions of legislators aren't eyeing the social media hegemon like a fox eyes a henhouse. 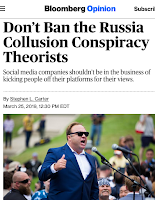 The media and Congress will literally crawl naked over miles of broken glass to prevent it, but with Trump packing the courts, I don't think that will do much good. Look for these suits to kick off early next year.

With right-wing legislators here and left-wing bureaucrats in Europe looking to rip big chunks out of the social media and tech giants, I would start thinking seriously about selling any FAANG stocks you might have in your portfolio.

So what the hell is going on? I'll now present a couple of insane and totally-baseless theories. 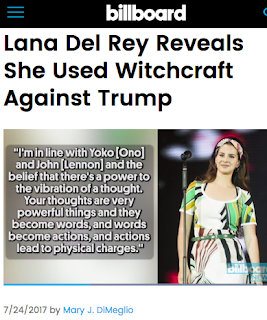 First is that all this "Trump curse" witchery is doing exactly what I told all of you it was going to do, and backfiring spectacularly.

Please forgive me for saying so, but you seriously have to be the dumbest fuck on Earth if you actually believe that Trump doesn't have his own shadow cabinet of witches and warlocks, in a similar fashion to Trump-pal Tom "GOAT" Brady and his live-in sorceress, Gisele.

Maybe they're wives or hangers-on, I have no idea. It doesn't matter. But the proof of the pudding is in the eating and the pudding is getting shoved down a lot of people's throats these days.

It's like this: I don't care what a super-star you might think you are in a gym or a karate studio, you should never go starting shit with an experienced street-fighter. And the same goes for magic. It's not a game.

Leave it alone if you're not ready to totally commit your life to it. All of it.

If you get absolutely nothing at all from this site, PLEASE take that to heart. 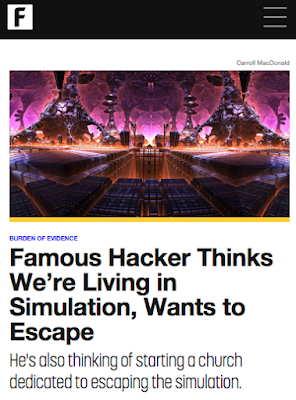 The other insane possibility is that we are living in a simulation and somehow we ended up on a different level.

Sure, media conditioning and peer reinforcement are powerful tools, but do you really think ruthless throat-cutters like Nancy Pelosi, John Brennan and Adam Schiff rest their decisions on what literal idiots at The New York Times think?

Unless they're the greatest actors in the world, they were totally blindsided by Mueller. How is that possible, given the prosecutor's office leaked like a sieve?

I'll tell you how it's possible: simulation theory.


Consider this: The Mueller Report was submitted to the Justice Dept a year and a day after what is almost-certainly the last episode of The X-Files.

It's weird, I had a dream last night that I was watching an alternate-universe version of the episode. I don't remember what it was about, exactly. There was snow on the ground but it was warm enough that some people were wearing shorts. One of those unseasonably mild days you get in later winter after a snowstorm.

I didn't say it was an interesting dream.

My point is that I still very much believe that Chris Carter did not intend the revival to be canonical, but in fact took place in an alternate reality. This theme was both covert and overt, seeing as how they devoted an entire episode to the Mandela Effect.

One last prophecy from the Surfin' Sage? You know my opinion. 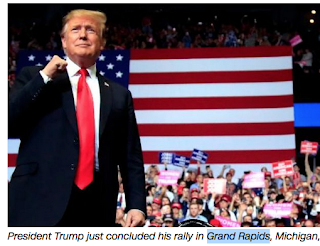 I couldn't help think of the dream when I saw that Trump held a rally in Grand Rapids tonight, where he made a number of very aggressive comments against the Democrats.

It doesn't appear to me that he's even remotely worried about any possibility the full Mueller report might hide booby-traps for him. Or anything else. The way he and his party are behaving, they very much seem to believe the coast is now clear for a major counter-assault.

Seeing as how I've always said our only hope is that the powerful stay so busy fighting each other that they can't screw the rest of us (what I call "balance of power" politics), I can't decide if this is a good or bad thing.

The Dems have pretty solid control over most of the important power sectors in this country: the House, the big cities, the media, NGOs, the universities, a growing number of major corporations and Silicon Valley. But Trump seems to have the backing of people whose job it is to blow all those things up. In other countries, of course.

Well, theoretically in other countries.

But I also can't help but wonder about some of the QAnon types' more extravagant theories, like that Mueller was a "white hat" and was secretly plotting with Trump against the "cabal" or Deep State.

I don't doubt there aren't quite a few Democrats entertaining those very same thoughts tonight. 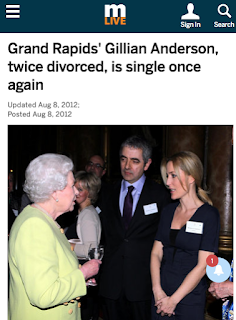 But the setting of Trump's war rally-- Grand Rapids-- struck me seeing as how it's the hometown of one Gillan Leigh Anderson, AKA Dana Katherine Scully.

The Gods of Sync may be cruel and capricious, but never let it be said they lack a keen sense of irony.