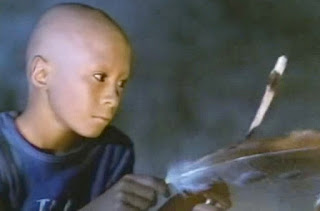 In June of 2013 I wrote about Wavelength, a very strange and disturbing low-budget sci-fi feature, written and directed by China Syndrome screenwriter and longtime political activist Mike Gray and financed by Maurice Rosenfeld, the pioneer of the class-action lawsuit.
Gray's resume was interesting to say the least, showing a serious interest in aviation and astronautics but also a commitment to causes like fighting drug laws, nuclear power and the death penalty. I speculated that Gray may have had other things on his mind than mere entertainment with this film and a recent news story seems to confirm that suspicion.

Wavelength was seen by some as an ET clone but was actually produced before the Spielberg film was released and fits more into the 70s conspiracy genre. It also marked a strange detour for Gray, in which he later produced a TV series based on the John Carpenter film Starman (which borrowed special effects techniques Gray developed for Wavelength) and even worked on Star Trek: The Next Generation as a writer/producer during its troubled second season.

Wavelength later became grist for the UFOlogical rumor mill when an individual who claimed to be a physicist at Laurence Livermore National Laboratories in California said this during an interview with Project Camelot, the conspiracy web channel:

What can you tell us about the ET presence?
Look up the movie Wavelength. It’s based on a totally true story. Have you seen it? It's based on an incident that took place at Hunter Liggett. This is a hot one.

You shot down a disk?
[shaking head] We should never have done it. It wasn't me personally, but the group did. Between us we had all this gizmo weaponry and I guess they panicked and thought they were in a movie or something.

Hunter Liggett entered the world of the High and the Weird several years before the making of Wavelength, when it was used for Leslie Stevens' incredibly strange, occult-drenched art-horror film Incubus, a film that referenced the ghost lights seen throughout history on and near the now deactivated military base.

That film also has the dubious distinction of boasting a death count, leading one to wonder what kinds of entities make Hunter Liggett their home after all.

That's just the tip of the iceberg with Wavelength. The film is a virtual Whole Earth catalog of parapolitical and High Weirdness themes and references. In fact, the exteriors for the secret base featured in Wavelength are actually shots of Lookout Mountain, home of the 1352nd Motion Picture Squadron, the military's secret movie studio where dozens of propaganda and training films and photographs were produced, most notably during the Atom Age.

What's more, the disastrous effects unleashed on the secret base by the captured aliens as they emerge into consciousness in Wavelength directly parallel a nearly identical event that allegedly befell a team of military remote viewers involved in a "psychotronic warfare unit" when they were tasked with contacting NHEs, or non-human entities, sometime before Wavelength was made. 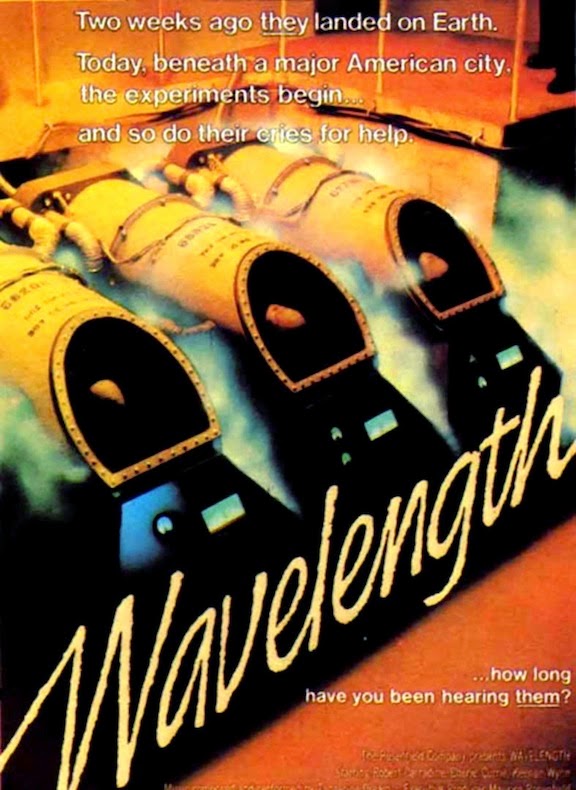 According to Nick Redfern's landmark expose Final Events, a MUFON director (and Anglican priest) was shown photographic evidence of the deadly aftereffects of this attempted contact in 1991 by a pair of mysterious intelligence agents.

Not content with this little revelation, Gray hired two actors who were ringers for MK Ultra honchos Sidney Gottlieb and Ewan Cameron to play very similar roles, and used very Kubrickian tricks to signal to savvy viewers that he was indeed referencing the notorious CIA program. But he also seemed to be working from deeper information about the program than what is generally assumed, even among the conspiranoid cognoscenti.

Like the alchemists with their lead-into-gold shuck, I've long believed MK Ultra's pitch was just window dressing for the rubes on the Hill. I think the real goal was a Space Age update on that old black magic*, goals far more esoteric and unspeakable than mind control (such as contact with NHEs).

It's important to note that the MK Ultra paper trail (such as it is) starts to go cold as the Fundamentalist movement starts to heat up in the late 60s, a sure sign that Congress was growing impatient with Gottlieb's mindfuckers and realized the old control methods were still the most reliable.

In my previous post on Wavelength, I wrote that as in many sci-fi movies, the aliens in Wavelength may have been stand-ins for real-life victims:

The fact that the "aliens" are taken home to the Mojave Desert leads me to believe their real-life counterparts were Navajo or Hopi children abducted by this post-Ultra op for their perceived psychic powers. We see this when they take part in a religious ceremony by the Native Americans who help them escape, reminiscent of a rite of passage ceremony for boys.

Sure enough, this story made the news recently. A Duke University parapsychology team conducted ESP experiments on First Nations kids in Canadian Indian Residential Schools, believing them to be more psychically gifted than other children†:

One Winnipegger said he was shocked to stumble on a report that shows experiments were conducted on children at Brandon's Indian Residential School in the 1940s.

“This is incredible, especially when you take into account the other studies, medical tests that had been conducted at residential schools,” said Maeengan Linklater.

Linklater was reading "Mysterious Manitoba" by Chris Rutkowski when he saw a passing reference to experiments on extra sensory perception, or ESP, on students at the school in 1941.

But it turns out this wasn't a new story, it had been published more than 70 years ago in The Journal of Parapsychology (actual paper included at link):

The article was published in 1943 by a scientist named A.A Foster. A librarian friend found the actual scientific journal article and sent it to him.

The study was trying to find a better way to test ESP using special cards. The author of the study said the 50 children that participated did so willingly.

“It's not like these kids knew what they were participating in, because if these kids were starving already, a little bit of candy would go a long way,” said Linklater.

The "experiments" themselves were guessing games more accurately, but it raises questions as to what kinds of other experiments were going on under Ewan Cameron with First Nation children, or Native American kids under MK Ultra. Disturbing questions.
Unfortunately, as has become the pattern, finding new, credible documentation on MK Ultra's abuses has become nearly impossible as the topic has been buried in cut-n-paste disinformation and hysterical confabulation.
Gee, you'd almost think that was intentional.
Gray is no longer with us, but he seemed to have something to say about this in Wavelength, something that may have been too dangerous to say in documentary format. Either way, I had no idea of the Duke experiments when I wrote the previous article and it's a surefire bet that there were more where they came from.
Much, much more. 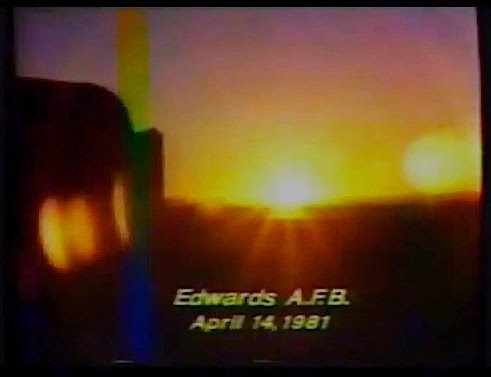 It's also important to note that Gray made Wavelength after producing The Rocket Pilots, a TV documentary filmed at Edwards AFB (a favorite whistle stop on the UFO railroad, site of Astronaut Gordon Cooper's Road to Damascus moment), and self-produced a very weird and paranoid film about UFOs.
Nothing about the movie smacks of cash-in, in fact it seems to go out of its way to, umm, alienate, the popcorn 'n' sodapop crowd.
It should also be noted that Gray's Starman series, although as inert and arid as 80s network strictures demanded - was a lot more politically pointed than the Carpenter film. In the film, the alien is pursued by a benevolent SETI scientist (played by the almost supernaturally amiable Charles Martin Smith).
In the TV series, he's pursued by a vindictive intelligence agent (played by Michael Cavanaugh, who looked the part), who ultimately wants to capture the alien and his hybrid son in order to subject them to the kind of experimentation Gray depicts in Wavelength.
Interesting.
For symbol junkies, note that an entire episode of the (Starman) series revolved around a peregrine falcon.

PAPERBACK
KINDLE
* It's important to note that LSD wizard Owsley Stanley condemned the famous Acid Tests, held by MK Ultra test subject Ken Kesey and his cohort, as 'black magic'.
† Your humble host is one-eighth Native American, my great-grandfather having been adopted from an "Indian Orphanage." He was born the year the US Army captured Geronimo.
at January 21, 2015