Stanley Kubrick and the Roswell Ritual 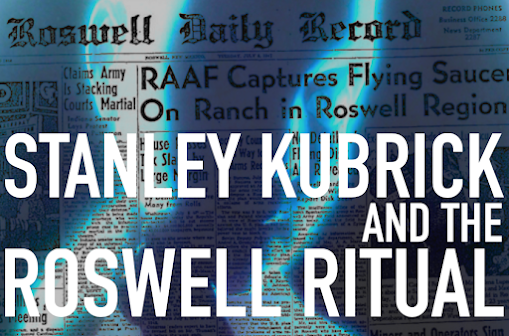 The SSI is going deep on 2001: A Space Odyssey, the Roswell Ritual, Lucifer's Technologies and the Watchers, this Saturday night, August 13, at 10 PM Eastern.

We'll be looking at the mega-ritual cycle from the end of World War II and beyond, including the Trinity Tests, Operation Paperclip, Project Diana, the Babalon Working, Operation Crossroads, Maury Island, Kenneth Arnold, the Shelter Island Conference, the Roswell Ritual and other "UFO crashes", Bell Labs and Vannevar Bush, the Council of Nine seances, Sputnik, Betty and Barney Hill, the 1966 UFO wave, 2001, the Apollo Workings, MKULTRA and MKOFTEN, A Clockwork Orange, Rendezvous with Rama, VALIS and much more.
There are lot of new dots that will be connected, and a lot of connections that will shed new light on what is going on right now. From the dawn of the security state to its apparent apotheosis - or metastasis - today.
Come join us at the SSI. You will not regret it.

Come take the next step in your synchro-journey.