Hear Nothing, See Nothing, Meme Nothing 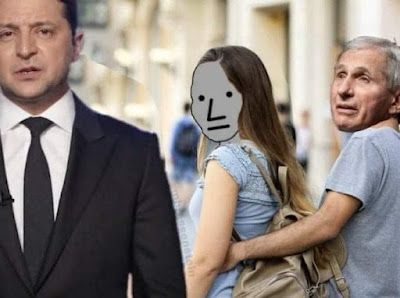 Have you heard the news? Soulless Woke Vessels have hopped aboard the UkraineTraine just as the Fauci Express shat the bed and the Gates Gravy Train drove straight into Epstein Canyon. They may be soulless, but they're very well conditioned. You can't deny that.
Sadly, none of them know absolute jack about Ukraine, or its scorpion-fight with Russia, or how quickly and completely their lives of insane hyper-privilege are going to be utterly vaporized once the Clash of the Superpower Titans that this current conflict is just a proxy/prelude for goes worldwide.
I'd almost feel sorry for them if they weren't all so hateful. 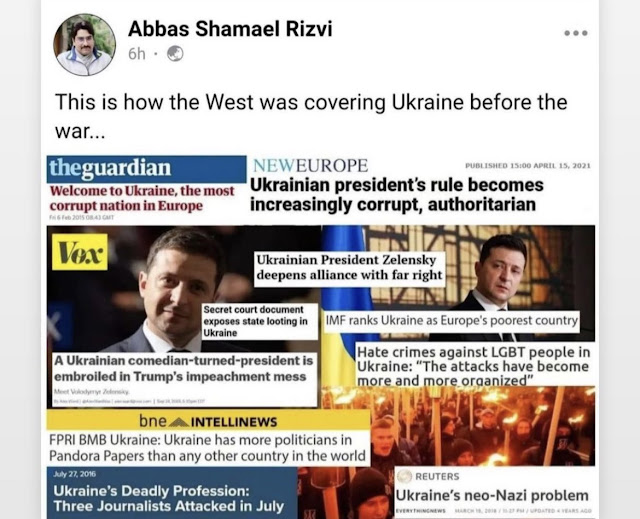 Anyone who's paid even the slightest bit of attention knows that Zelenskyy's Ukraine is just a smaller, poorer, even more corrupt Mini-Me to Putin's Russia. Soulless Woke Vessels are so incurious and inattentive that they didn't even bother to notice when their own indoctrination stations were screaming this from the rooftops (before they were all ordered to cease and desist). SWV's were probably too busy having the time of their lives being corona-karens, or with the whole BLM thing that has magically vanished from every single one of their timelines.
And now the Soulless Woke Vessels in the corporate indoctrination stations are all scrambling to hide or explain away all the Sonnenrads that so many Ukrainian soldiers so proudly display on their chests. So much for "punch a Nazi," eh?
Everything - absolutely every single thing - about our postmodern gentry class is a lie. Everything they believe, everything they say, everything they do, everything they are is a maliciously manufactured lie. Accept that fact and you will find inner peace. Don't ask me how; it's one of life's great paradoxes. 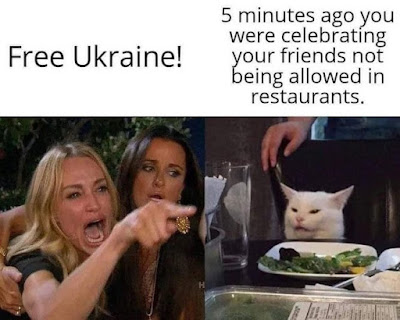 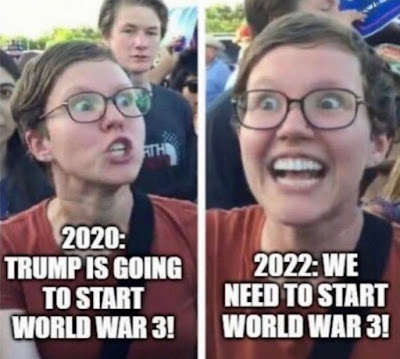 Happily, memesters are roasting the Soulless Woke Vessels over the coals of their own hypocrisy. It's a beautiful thing to see. Let's see some more of it. In fact, let's make it the norm. Forever.
Of course, any Soulless Woke Vessels that haven't already flown over to Ukraine to fight and die the dirt and rubble are probably all just Putinist-Trumpite agents provocateur anyway. Zelenskyy has been begging the West's great armies of pink-haired NPCs to come save him since the invasion began: if any of them aren't willing to go over and fight for their hero, it's because they secretly want Putin to crush the Ukrainian people. That's just an indisputable fact.
So be sure to remind any SWVs you happen to encounter that you're on to them. As often as possible. 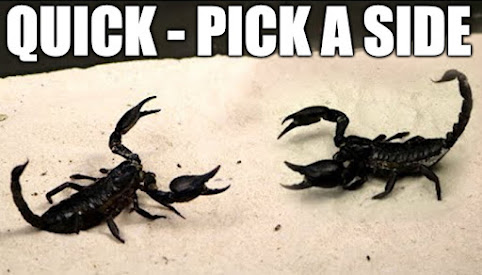 PWABLWSs (People Who Aren't Brainwashed Little Woke Shitbags) take absolutely no pleasure in this war. Or any war, for that matter. This is a time for mourning and contemplation, not cheerleading. Flag-wavers and chickenhawks don't deserve anything but your total and complete contempt. For starters, at least.
Aside from the hideous devastation and civilian casualties, PWABLWSs understand that even if this present mess doesn't lead to thermonuclear holocaust, it's going to lead to massive economic and political upheaval across the globe, and quite possibly worldwide famine and mass migrations. Hundreds of millions of people are going to be impoverished and hundreds of millions may starve to death if this thing escalates beyond Ukraine's borders.
I mean, you do realize Ukraine is one of the top grain producers in the world, right? Soulless Woke Vessels don't seem to.
We're at a historic turning point in which East and West are dividing once again, and only mindless media submissives can't see the looming presence of Beijing over all this. Don't judge the subs too harshly: their indoctrination stations aren't allowed to inform them of what is really happening over there. Which is probably a kindness: all the anxious NPCs would probably lapse into a catatonic state if they could grasp the larger forces at work.
I think I'll be listening to my old Discharge albums today. They suddenly seem so relevant again. 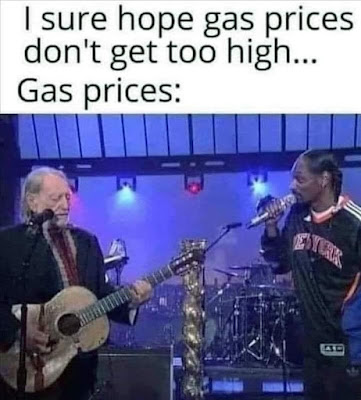 And then we have the grotesque profiteering that inevitably follows warmongering around like a sick puppy. And then all the hate-fueled Hollywood hacks like George Takei, Stephen Colbert and Bette Middler - all of whom revel around the clock in the impoverishment and distress of normal Americans - asking you to sacrifice your family's well-being for their grotesquely lavish lifestyles.
It's funny: any time I'd go to San Francisco or Los Angeles back in the day, conversations would always come around how much they loathed and despised the rest of America. Kind of like how normal people would talk about the weather as a kind of fallback when the conversation lulled. I can only imagine what it's like today.
IT'S A BEAUTIFUL DAY
Well, that got dark. How about some memetic hilarity and words of wisdom to brighten up your day? I like to end things on an up note. 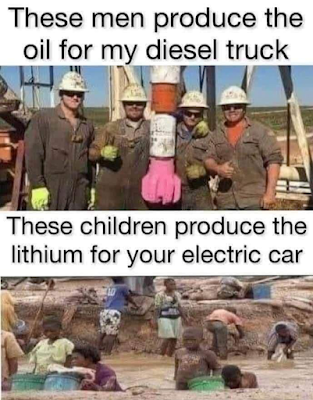 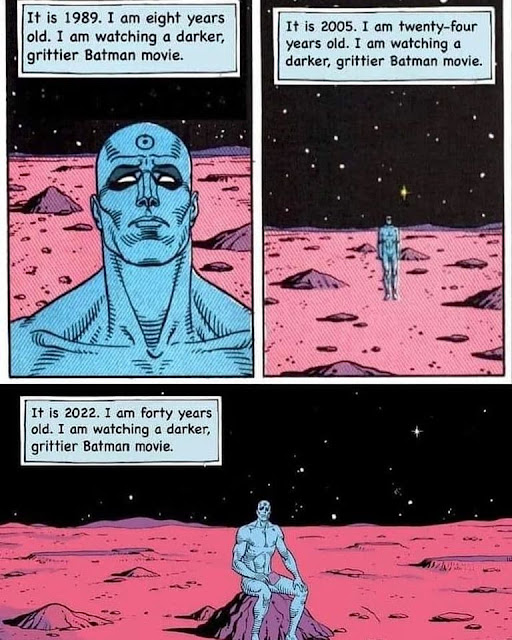 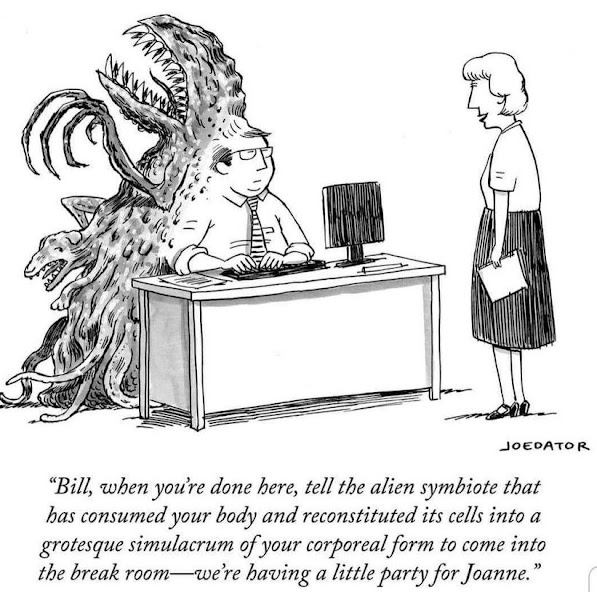 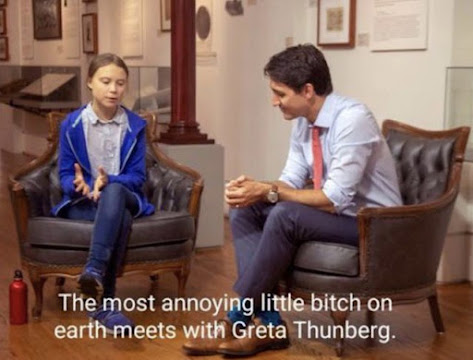 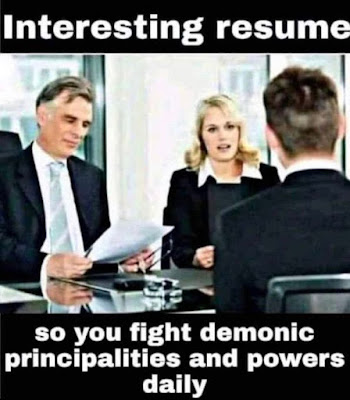 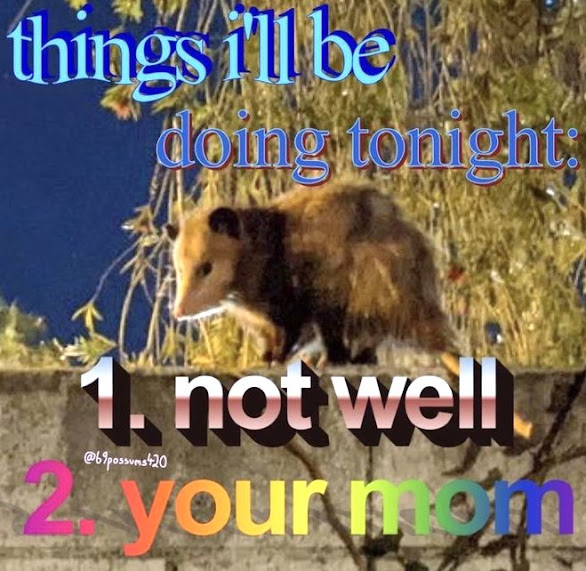 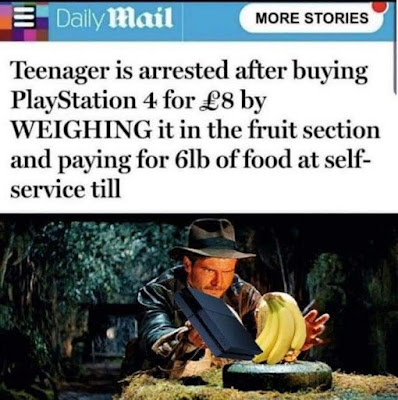 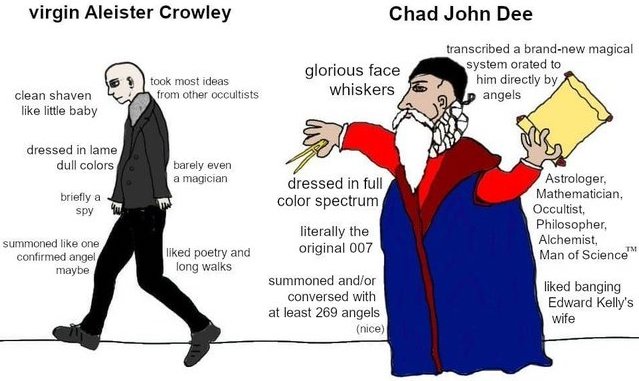 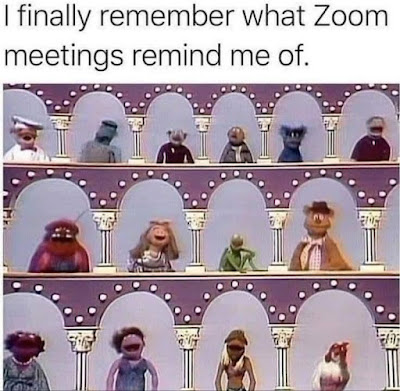 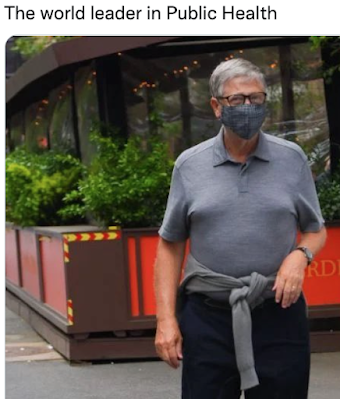 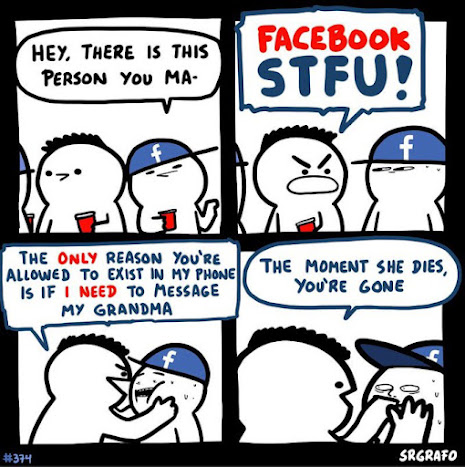 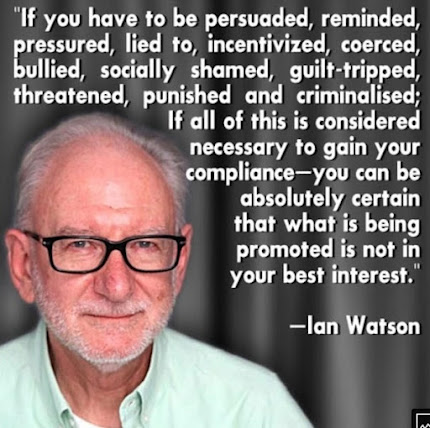 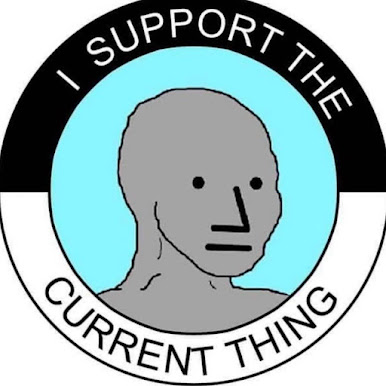 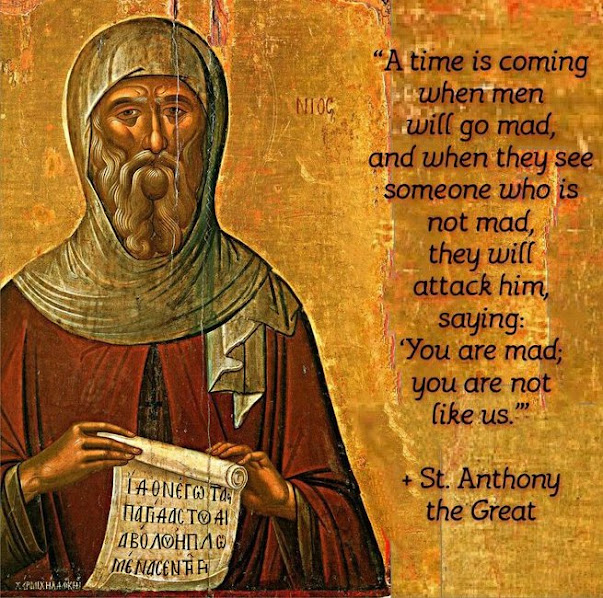