Welcome Back, My Friends, To the Show That Never Ends, We're So Glad You Could Attend, Come Inside, Come Inside 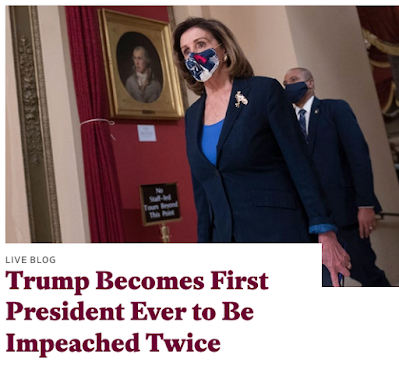 Well, well, well. Interesting to see the series finale of The Apprentice: White House end on a cliffhanger like this. It's a good thing we can't go anywhere because I have a feeling we are in for a rollicking round of ruddy ritualism in the days ahead.

I just miss the days when reality TV was unscripted.

Before we get started, I just wanted to make a couple announcements. 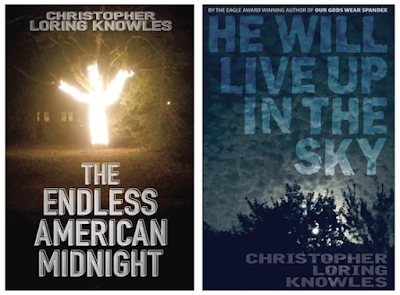 • I've had some people write me and ask about their eBooks. If you haven't gotten yours be sure to check your spam folder! That's where it's probably hiding. If not, please drop me a line.

• I'm ALL SOLD OUT of hard copies at the moment! And I am still waiting for my shipment of He Will Live Up in the Sky after the first one was cancelled without my being notified about it.

• If you want a copy of either book, you order off of Amazon. If you like I can send you a complimentary personally-autographed label to put inside it! Let me know if you want one

I've spoken to most readers who've placed an order about this, but if you're wondering what's up or have any questions at all, PLEASE EMAIL ME.

• Meanwhile, eBooks in ePub or PDF are always available! Remember the eBook of The Endless American Midnight is an expanded edition with gorgeous color photography. 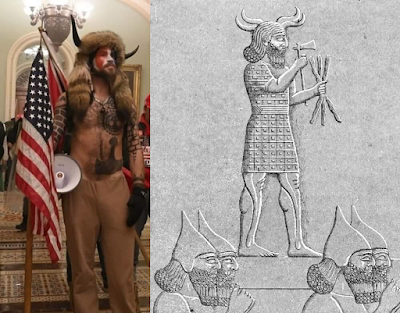 I know some folks are comparing the idiotic QBall Cosplay Cabaret at the Capitol to the Reichstag fire, but I see it more as Sulla's First March on Rome as staged by Tommy Wiseau. I don't know how you stage an actual insurrection in 2021 without shooting anyone, but it is what it is.

I do believe a lot of people are genuinely frightened by it, on account of growing up sheltered and extremely privileged and having no experience with real violence. Plus, the mental illness pandemic. In any event, my sympathies.

Either way, here's a brief primer on the tragedy part of the historical feedback loop. Note Mithridates ("Mithras has Granted"), who we looked at a short time ago:

As senior consul, Sulla had been allocated the command of the First Mithridatic War against king Mithridates VI of Pontus.

Sulla fled Rome and went to Campania to the camp of his Social War veterans who were still under arms besieging Nola. He announced the measures that had been taken against him, and his soldiers stoned the envoys of the assemblies who came to announce that the command of the Mithridatic War had been transferred to Marius.

Sulla then marched his six legions − 35,000 men − on Rome. This action was an unprecedented event. No general before him had ever crossed the city limits, the pomerium, with his army. It was so unethical that most of his senatorial officers (with the exception of one, probably Lucullus) refused to accompany him. 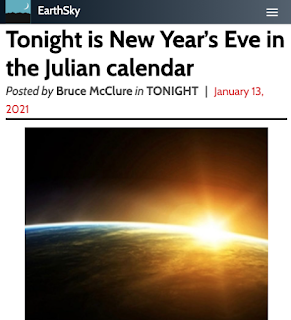 Maybe this is what some alt.right types were referring to with their calls for Trump to "cross the Rubicon." I know it's reference to Caesar, but some of those guys can get very weird with their ancient history (the Kraken was never "released" for instance)
Aside from it being the Julian Christmas Eve (today is Julian New Year's Eve, appropriately enough) and the Gregorian Feast of the Epiphany, January 6th is interesting for other reasons:

1661 – English Restoration: The Fifth Monarchists unsuccessfully attempt to seize control of London, England. The revolt is suppressed after a few days.
1900 – Second Boer War: Having already besieged the fortress at Ladysmith, Boer forces attack it, but are driven back by British defenders.
1989 – Satwant Singh and Kehar Singh are sentenced to death for conspiracy in the assassination of Prime Minister Indira Gandhi; the two men are executed the same day.

1992 – President of Georgia Zviad Gamsakhurdia flees the country as a result of the military coup.

So today's very interesting in that context. We'll get to that in a moment.

We've talked at length over Trump's Caesar obsession, so it's interesting to see the Praetorian Guards turn on him the way they did. With one notable exception: Mike Pompeo.

In 1986, Pompeo graduated first in his class from the United States Military Academy at West Point, where he majored in engineering management.

From 1986 to 1991, Pompeo served in the U.S. Army as an armor officer with the West Germany-based 2nd Squadron, 7th Cavalry in the 4th Infantry Division. He served as a tank platoon leader before becoming a cavalry troop executive officer and then the squadron maintenance officer. Pompeo left the U.S. Army at the rank of captain.

And in keeping with the cycle, you know what that immediately reminds me of:

Gnaeus Pompeius Magnus  29 September 106 BC – 28 September 48 BC), known in English as Pompey the Great, was a leading Roman general and statesman, whose career was significant in Rome's transformation from a republic to empire. He was for a time a political ally and later enemy of Julius Caesar. A member of the senatorial nobility, Pompey entered a military career while still young and rose to prominence serving the later dictator Sulla as a commander in Sulla's civil war, his success at which earned him the cognomen Magnus – "the Great" – after Pompey's boyhood hero Alexander the Great.

His adversaries also gave him the nickname adulescentulus carnifex ("teenage butcher") for his ruthlessness.

Maybe Trump isn't meant to be Caesar but Sulla. What was this "Social War?"

The Social War (91–88 BC) was fought against the Socii, Roman allies in Italy, and was the result of Rome's intransigence in regarding the civil liberties of its own citizens (Romans) as superior to those of the citizens of the rest of Italy.

Subjects of the Roman Republic, these Italian provincials might be called to arms in its defence or might be subjected to extraordinary taxes, but they had no say in the expenditure of these taxes or in the uses of the armies that might be raised in their territories.

Wow, that rings a bell.

Hold on tight, plebes, because our Socii haven't even gotten started yet. 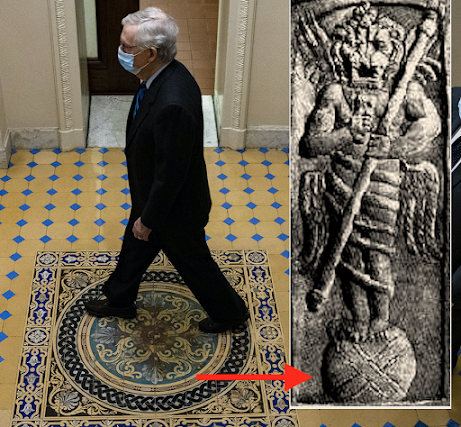 Reuters was floating a story this morning that Mithras McConnell was planning on holding the Senate trial on Friday.

Meaning the Ides of January:

The Ides of each month were sacred to Jupiter, the Romans' supreme deity. The Flamen Dialis, Jupiter's high priest, led the "Ides sheep" (ovis Idulis) in procession along the Via Sacra to the arx, where it was sacrificed.

In the later Imperial period, the Ides began a "holy week" of festivals celebrating Cybele and Attis, being the day Canna intrat ("The Reed enters"), when Attis was born and found among the reeds of a Phrygian river.

Ritually speaking the Ides of January and the Ides of March are interchangeable, given they both were New Year's Days:

In addition to the monthly sacrifice, the Ides of March was also the occasion of the Feast of Anna Perenna, a goddess of the year (Latin annus) whose festival originally concluded the ceremonies of the new year. The day was enthusiastically celebrated among the common people with picnics, drinking, and revelry.

And hey, not only did they gank Caesar that day, they also held this little luau:

One source from late antiquity also places the Mamuralia on the Ides of March. This observance, which has aspects of scapegoat or ancient Greek pharmakos ritual, involved beating an old man dressed in animal skins and perhaps driving him from the city. The ritual may have been a new year festival representing the expulsion of the old year.

He moved it because he didn't have the required 17 Senators for a conviction. Well, that's the cover story at least. 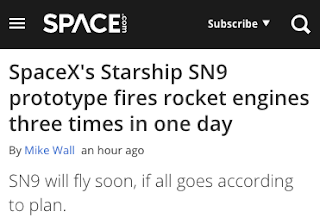 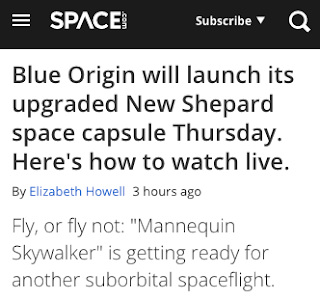 And since Space is an Altar, the Parsonians were doing their thing for the Horned and Hidden One. As longtime Secret Sun readers naturally expect. 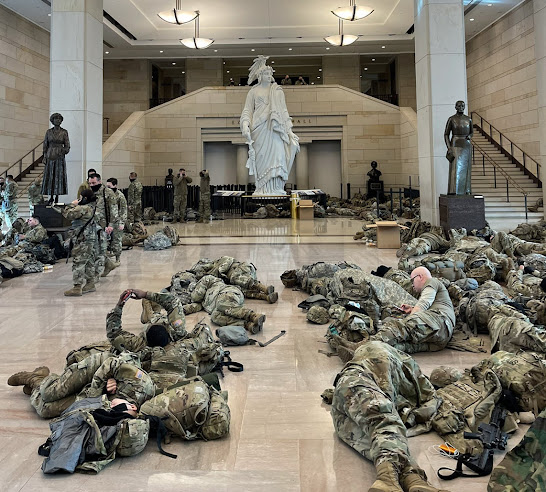 Then we had this not-even remotely ritualistic photo-op of Centurions National Guardsmen sleeping beneath the watchful eye of Ishtar Asherah Tanit Athena Columbia "Liberty."

Well, we all know about the Statue of Liberty, but this one doesn't look particularly Mithraic. 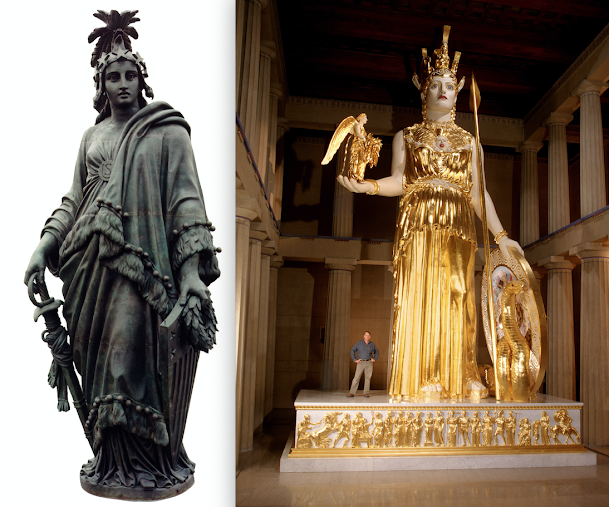 But here's a riddle for you. Ponder on it with great alacrity. 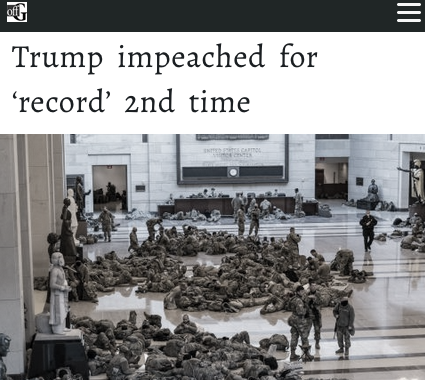 That chap in the upper right corner looks a bit Mithraic. 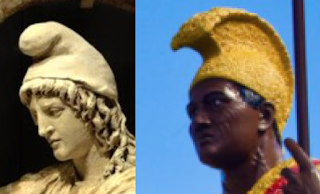 At least his hat does. 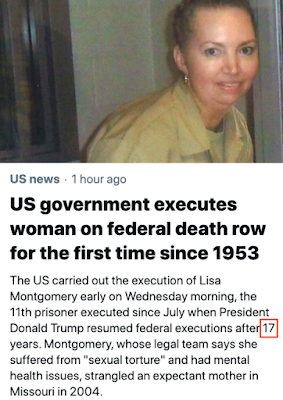 Looks like a kind of modern-day Tanit went to meet her maker, though. Magic number, per usual. Maybe she went to meet Hecate: "Lisa Montgomery" is essentially "Elizabeth Montgomery."

Wisdom for the Initiates: Montgomery.

Speaking of Initiates, here's what they learned about today in History:

A failed coup d'etat? Sounds vaguely familiar. What do you think will happen today in Washington?

Speaking of Yemen, here is more Wisdom for the Great Twitter Unwashed:

The ancient kingdom of Sheba was in Yemen

Elizabeth is said to derive from "Elisheba"

The Queen of Sheba was the consort of Solomon

It didn't take long to find them:

From the Song of Solomon (written for the Queen of Sheba) 4:13, Septuagint translation: "Thy shoots are a garden of pomegranates, with the ***fruit of choice berries*** camphor, with spikenard"

Why was this important? Well, beside the fact that #ItNeverEnds, today was also the 35th Anniversary of the release of The Pink Opaque, the key to all ciphers and the answer to all puzzles. It was also the first US release of the Sibyl and her Unmercenary Servants and 4AD's first ever CD release. 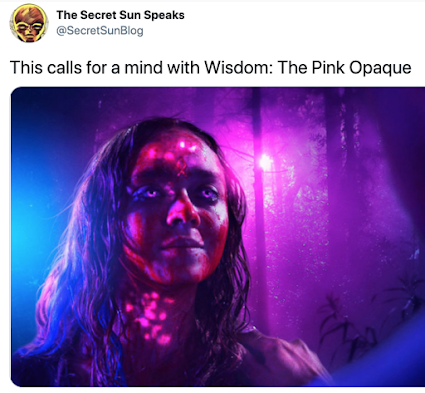 Well, you clearly haven't memorized the timeline. Shame on you:

Here are parting words for you to meditate upon with a great sense of urgency:

This phenomenon doesn't care if you mock it, it just keeps coming and coming. Why? Because it knows it will outlast you.

'Reality is that which, when you stop believing in it, doesn't go away.' - Philip K Dick

Case in point. Thanks to Diver IT: 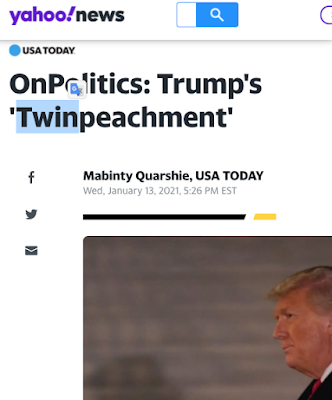 Come let us reason together in The Den of Intrigue...