(Hollywood) Babylon is Burning (with Anxiety)

I keep telling anyone who'll listen that this Epstein business is a lot bigger than it appears, and that it was a turning point in the Secret War in Heaven. I don't think we're anywhere near the end of the aftershocks kicked up by the Epstein snuff, and I can't say with complete confidence that all of the insanity we've seen in the past six months isn't part of that process as well.

And then there's this Steve Bing business, that absolutely no one seems to believe the official story of.

This whole COVID cover-story is so aggressively stupid that you almost begin to wonder if it's not designed to be so, possibly in order to send out a signal to anyone else out there who may be considering wandering off the reservation.

It doesn't take long to ascertain what particular reservation we're talking about. 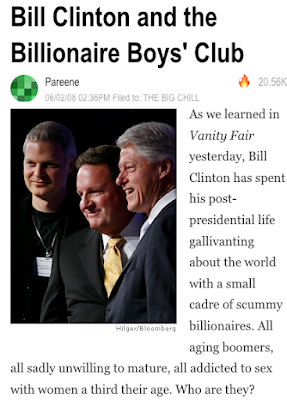 And as you'd expect, Bing is yet another former friend of the Clintons who might've told tales out of school had the Feds ever leaned on him hard enough. In fact, Bing was part of Bill Clinton's inner-inner-circle, along with Jeffrey Epstein and supermarket heir Ron Burkle. 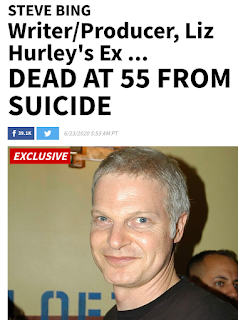 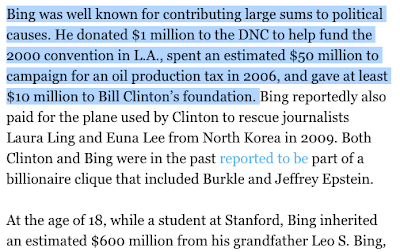 So, does this mean Hillary is waiting in the wings for when the public realize that the elevator doesn't go up to Joe Biden's top floor? I'm skeptical. I think Hillary probably cut a lot of deals when the email and Weiner business broke after the election and part of the agreement entails her never running again.

But who the hell knows anymore, right? I've given up trying to make sense of the rampaging insanity out there. 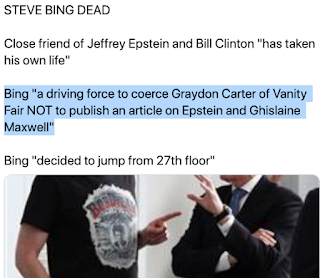 One thing that did strike me is that Bill Gates is another gas giant orbiting the Epstein sun and that Microsoft's browser is called "Bing." Inside joke, maybe? 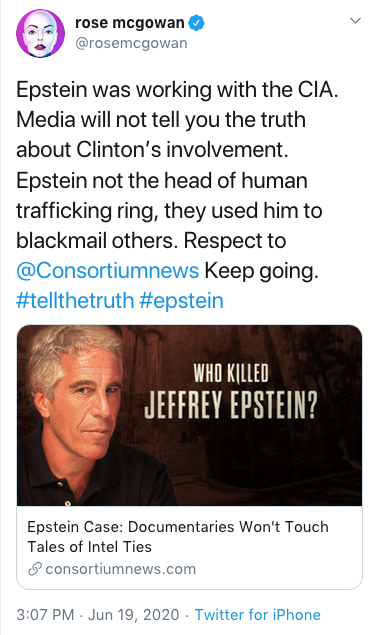 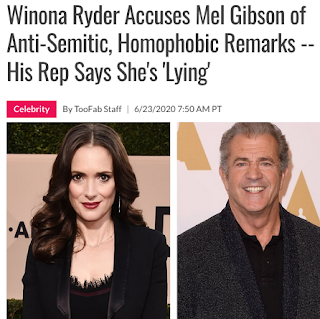 I'd wager the Bing thing has put a lot of people in corner offices into a blind panic because another BF Sister, my beloved Nonnie, seems to have been assigned to dredge out some ancient history about Mel Gibson (saying things no one would ever be surprised he said back in the old days) in order to try to drive the Bing Thing off the trending charts.

If I had to guess, I'd say this tiff was some kind of agency project. No, I mean talent agency, not that Agency. But is there really a difference anymore? 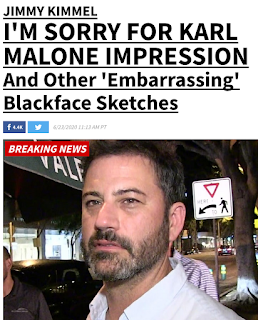 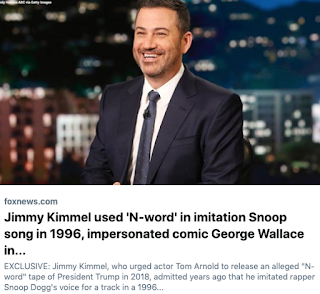 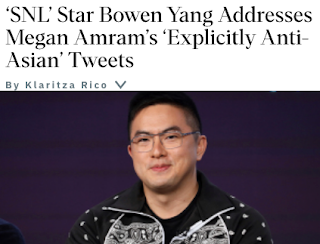 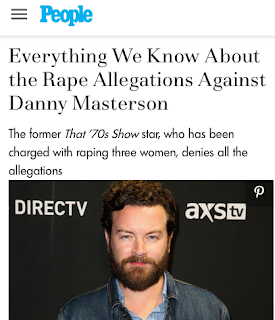 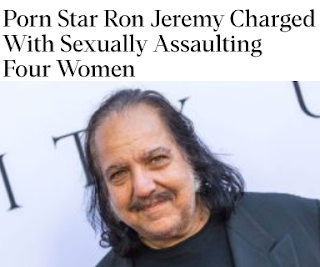 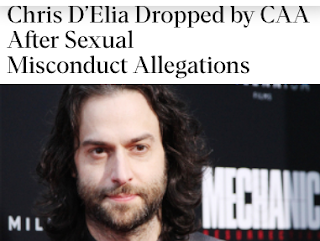 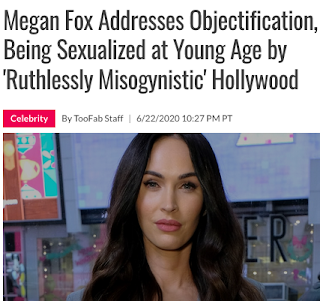 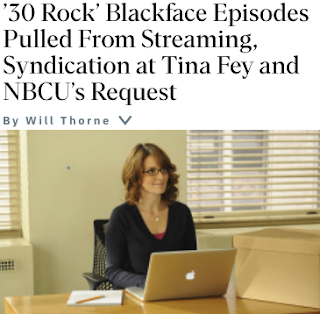 It appears we're entering into #Metoo Part 2, since a whole bunch of luminaries and semi-luminaries are being marched to the career guillotine, not only for sex stuff but for crimes against Woke. 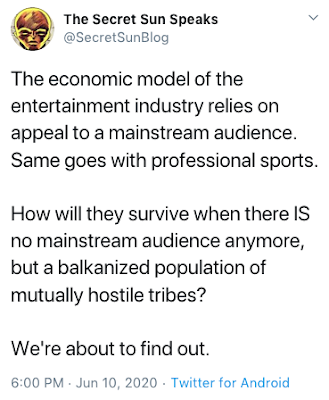 Mark my words, here and now; the Return of the Living Woke is going to drive the last stake through the heart of the Hollywood most of us have known our entire lives. Nobody seems to be immune this time. When Spielberg and Michael Bay get sent to the principal's office you know things have changed in Tinseltown. 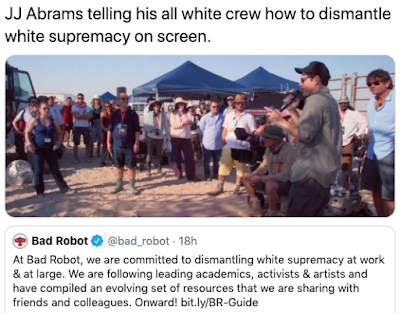 Which is why you should expect a lot of people-- like franchise-destroyer JarJar Abrams-- to go straight for the intersectional gusto, which will only hasten Hollywood's total collapse.

See, Abrams is the apotheosis of extreme, unearned hyper-privilege, a man who's spent his entire career exploiting other peoples' ideas and his entire life living like a pampered pasha. People like him have never stepped outside of the bubble of ersatz royalty and so he has absolutely no idea who's he's trying to mollify.

Free advice: the Woke hordes are never mollified, and you can bet the whole pot that they've now pegged Abrams as weak, cowardly and an easy mark.

Rest assured you'll see no end of inter-Woke warring in the entire Media-Entertainment Industrial Complex in the coming months, but especially at Bad Robot. There's no earthly way you can satisfy the Woke, especially as more and more mediocrities vie for fewer and fewer jackpots. Apology and/or capitulation are like spreading chum all over your chest and hopping into a shark-tank.

Worse, click-desperate media sites like Buzzfeed and The New York Times will dedicate every pixel they can spare making Kilimanjaros out of even the most trivial Woke molehills. The mass media has some major outstanding karmic bills sitting in its mailbox and believe me, the karma police will be coming to collect. 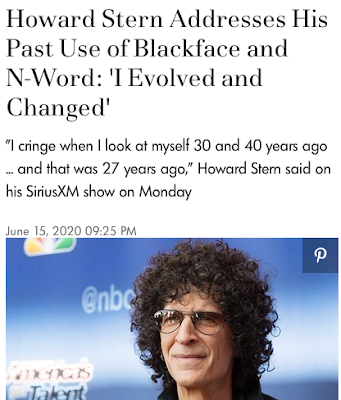 Look at Howard Stern. He's spent the past decade groveling like a flagellant at the Woke altar, begging forgiveness for his transgressions. He threw his entire old audience under the Woke bus and has sucked up to every intersectional tastemaker that catches his whiff. He even spent an entire hour chomping on Hillary Clinton's dingleberries.

And guess what? It won't do him any good. 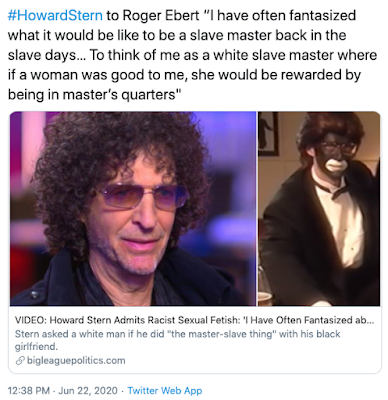 Stern became a multi-millionaire by sticking a fork into the eye of political correctness, and his entire back catalog is a never-ending goldmine for any aspiring Woke Torquemada. These are people who will ruin someone's life for liking a vaguely-problematic tweet, never mind all the shit he's done over the past 40 years.

You think he'll be safe?  I wouldn't be buying any SiriusXM stock anytime soon, is what I'm saying. 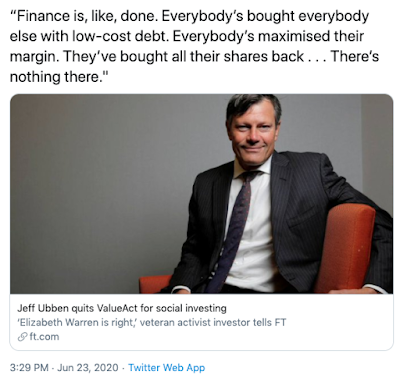 See, Hollywood became the behemoth it became in the 80s, when Wall Street started shopping around for places to park their Reagan tax-cut windfalls and international organized crime started shopping for a glamorous place to launder its blood-money.

But all bad things also come to an end and the era of easy credit is coming to a close. Plus, you've not only had the COVID lockdowns but also what I am now calling "the Blue Civil War" roiling all the nation's great (Democratic-controlled) city-states.

The lockdown sent theatre stocks plummeting and sent Netflix stock soaring. But for how long? Netflix's success has given every major media conglomerate Netflix envy and they're now all rolling out their own versions, while yanking their IP off the streaming giant.

This will end in tears, mark my words.

Before COVID, some of the more serious-minded financial analysts were giving Netflix the stink-eye, noting their colossal debt-load (which the entire industry bears, mind you) and their overabundance of junk content that no one watches. Maybe this got them over the hump, but maybe it didn't.

And maybe consumers will balk at paying for a number of different services that may very possibly just end up canceling each other out.

They're also going to discover that this collective mass-attempt at reviving Woke is going to drive off a lot of customers who are just sick and tired of it all, and simply don't care if people call them nasty names anymore.

As I said, there's no negotiating with the Khmer Woke; any compromise will just invite more threats, more demands, more violence, more cancelations.

ALL THINGS WILL PASS

A century of Hollywood brainwash has led a lot of people to adopt a lot of stupid and baseless notions, like the inevitable triumph of technocracy and the magical powers of science. These notions-- beat into our heads since birth-- are no more valid than any other pseudo-scientific/pseudo-religious idea people once accepted. We've also been programmed to believe that Hollywood is eternal and inevitable.


Another thing to be watching for is the technical decline of entertainment product, especially as producers and managers spend all their time trying to navigate the Woke Scylla and Charbridis.

Mutually-hostile race and gender tribes are going to spend a lot of their own time fighting over a steadily shrinking pie, especially as all the white male scapegoats are driven out on the Woke rail. Without the influx of legitimate and not-so-legitimate megadollars, there'll be less and less to spend on the technological razzmatazz that can make even weak content appealing to mass audiences.

It's funny: I remember watching an old Graham Hancock documentary back in the 90s and having him base an argument for his lost civilization theories by pointing at the Bent Pyramid and asking how such an engineering disaster could occur only a century after the pyramids at Giza.

Back then, when I was young and stupid, that seemed like a really persuasive argument. Today, it makes all too much sense how that could happen in far less than a century, and how the seeds of collapse are usually already germinating in the most successful civilizations.


Babylon is indeed burning, my friends. And there's still a lot of fuel to feed the flames.