These Are the Days of Miracles and Wonders 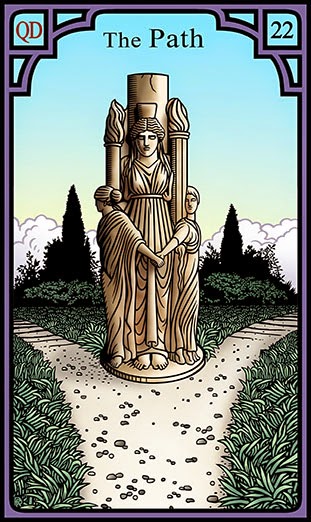 As some of you might be aware I'm blessed with the joyous gift of Myofascial Pain Syndrome, the so-called "rabid dog" of chronic pain disorders. In point of fact, it's technically classified as debilitating, though I chose not to let it be.
But it comes with all kinds of wonderful side effects aside from the huge ropey cords of en-spasmed muscles, one of which is chronic fatigue and various sleep disorders.
These problems come and go, but decided to kick in a while back when I was really busy (rather, because I was). Now, normally when I'm busy I try to set aside time to read or write, which is important to avoid burnout.

Constant, unremitting work isn't good for the brain, or your motor skills. However, the fatigue was making my usual recreation impossible. So I tried something different; rather than interpret this as a further burden I decided to interpret it as a summons and spend more time meditating.

Some of you may also be aware that I do a lot of work with hypnogogic trance as a meditative tool. It takes a while to master, but is an incredibly powerful state of consciousness that you can lapse into rather quickly once you've gotten the hang of it, and the inner visions you experience can be as powerful as any drug.

So when I wasn't working, I simply shut out the outside world and tuned into a different signal. I can say with hesitation or embarrassment that I experienced visions I can only describe as remote viewing; incredibly vivid, three-dimensional views of places I've never been, images I didn't summon.

This could be rather unsettling- I'd be floating along in Free-Association Land and suddenly be looking down at some city I've never seen from what felt like a ledge, or be looking at a distant coastline from just above the ocean's waves.

It's ironic given that I once thought remote viewing was a joke. I can't exactly say that's what this is but it definitely felt like it was going from outside my own consciousness. I shouldn't put that in the past tense- experiences like that are now pretty common, if not always so dramatic. They're all part of an overall matrix of nonlinear and unbidden sound and vision, a genuine altered state of consciousness.

And as with the paranormal encounters I've experienced it's the kind of thing I'd either have scoffed at or given insincere lip service to until I experienced it for myself.

The totalitarian pressure to adhere to consensus reality grows more extreme (and desperate) by the day. It's the worst I've seen in my lifetime, but that may only be because the self-appointed gatekeepers know how quickly worldviews can change once their reality matrix is challenged.

Now, I don't go much for the whole "god within" rap. In my experience, it leads to a kind of narcissistic  solipsism which eventually leads you nowhere, or even leads you back to nihilism. The truth is out there. But I do believe in tuning out the noise of the world in order that you may better receive the Signal, which more often than not is received internally.

I know a lot of people feel discouraged by this endless 1970s LARP we're suffering through but the 70s were also a very fertile time for psychic dissent. Things are a lot more fluid and kinetic than they may seem, and the gatekeepers are a lot weaker and more frightened than they appear.

And there's a powerful Signal waiting for you out there if you're willing to tune into it.
at November 03, 2014