Unified Weird Theory: Why It Matters 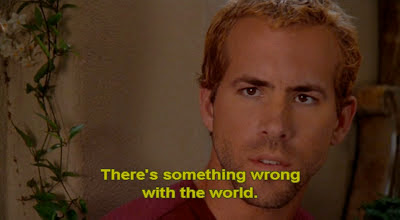 When I wrote about the Unified Weird Theory it wasn't based in some impulse to bring together a bunch of pseudo-sciences and quasi-superstitions under one tent.


In fact, it was to redefine these as emanations, mere byproducts of what should be a modern Gnosis. At the very top of it all should be an understanding that the world we are sold is false and illusory. And that we'll take whatever clues we can find to get out of the primeval forest we are drifting further and further into every single moment of every day.
I don't know if anyone has noticed, but the institutions we once built to try to better the human condition are all falling apart to shit. The news media no longer acts as a watchdog for the people against the powerful. The universities are saddling our kids with crushing debt and handing them often-useless degrees- and toxic, divide-and-rule "identity politics" nonsense- in return. The Technology giants are nothing more than manservants for the national security state, Cyberpunk dreams be damned forever.
The scientific establishment is nothing but a cooing, submissive lapdog for powerful corporate and government interests that spends all of its time yapping at its critics. Yet the evidence continues to pile up that a near majority of scientific work being done today is outright fraud, nonsensical corporate makework. Religions have exposed themselves as political tools for the rich and incubators for sexual predation. And nobody tries to pretend that any attempt to build a grassroots political movement won't be co-opted as soon as it emerges.
The problem is that everything is wrong.
We don't know who we are or why we are here. We are a classic-- definitive--- invasive species on this planet. We are doing terrible harm to the biosphere and to our indigenous neighbors; beautiful, loving, highly-intelligent creatures like the pachyderms, the great apes, the canines, the cetaceans and so on and so forth. We are trying to build a scale model of a world our DNA only half-remembers and can't be imposed on this planet without doing irreversible harm to ourselves and everything else. Never mind the "Green" fantasies- it's worse than that. Crazy worse.
We have to get the fuck off this planet- or at least move the focus of our destructive anti-biosphere lifestyle somewhere else- before it gets sick of us and wipes us all out. We've not been here a eyeblink in its history and it has wiped the slate clean five times already in the past four billion years. It's fixing to do so again but is being kind enough to give us advance warning.

But I'd say we have until the end of this century- at the very outside- before Stepmother begins cleaning house. 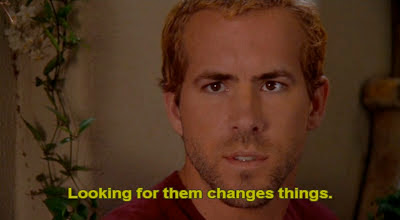 So what the hell does weirdness have to do with all this?

Anomalies are ignored by scientists because they have a nasty habit of doing away with long-held theories. And this present system is if nothing else entirely theoretical. To quote Gibson, it's a hallucination we all decided to have. But it gets more insane every single day. Ask an older relative what they think of it all.
And anomalies and weirdness are the signals that you are living in an illusion. They are the seams in the matte painting, the cop-issue boots on the anarchist, the corporate advertising on the conspiracy site, the knowing wink on Air Force One, the waving Apollo flag. The signs that something is not right, that something is not as it seems.
As are calamities. I'm still sitting here but got three separate sneak previews of Armageddon in the past several months. Sandy was brutal, but the Halloween storm was by far the most life-changing, maybe because it came first. This gentle little snow, so soft and clean- it should've been a lovely day off.
Except the trees were fully dressed and couldn't handle the weight. Listening to trees and branches explode- literally like a Fourth of July fireworks show- and realizing there was nothing anyone could do about it- not even the mighty Bill Nye- made me wonder what we do in the event of real disaster.
Of course, one came the following year. Like the devastation in Oklahoma it was preceded by massive solar unrest, giving lie to the hubristic scientistic delusion that human activity is causing all of this. What they really mean is that we scientists are causing it, because we are the supreme crown of all creation, the greatest expression of the entire universe.
And we can stop it too, because we fucking rule. Fuck yeah. High fives. 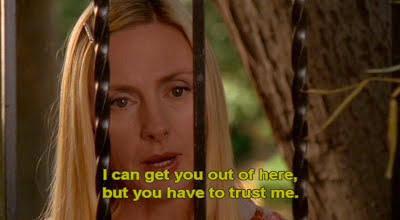 So please let me tell you once again that the people on the Internet who try to sneer you away from pursuing your own Gnosis- whatever form it may take- have nothing to offer you. Nothing. Their own realities are crumbling around them- don't be caught in the rubble of their illusions. They attack you to take their minds off their own disintegrating holograms.
And now there's a concerted effort in the mainstream media to get you to pay no attention to the man behind the curtain, to lump in questioning anything they happen to be ordered to print with "conspiracy theory" and then to identify the term "conspiracy" with stupidity, which would surely be a surprise to all the prosecutors who file charges of conspiracy every weekday.
It's weak and sloppy but utterly typical. The mainstream media is dying too, having broken faith one too many times with its audience. Everything is falling apart, because everything is built on a lie. Sure, some things are falling apart faster than others, but the Second Law of Thermodynamics holds steady.
I think two things will happen- an overwhelming crisis point is coming soon that will either destroy us or snap us out of our Enlightenment-era delusions. We will reboot the project with an understanding of actual reality, and not a Victorian-era reality that reduces everything there is to chunks that can be cut up, measured and sold. Because that's all that the entirety of human activity is oriented towards in these times.

And if you ask me, that's pretty fucking weird.